Aamir Khan's upcoming film Laal Singh Chaddha is one of the most awaited releases this year. The superstar is also excited about the movie and is leaving no stone unturned for its promotion before the trailer launch.

On Saturday, a preview of the trailer was held for media persons in Mumbai where Aamir was seen at his candid best. The actor ate panipuri along with the female media personnel and thanked everyone present for attending the preview.

At the event, the perfectionist actor was also at his stylish best. Wearing navy blue harem pants teamed with a baby pink shirt and a white vest, Aamir looked dishy and smart. He completed the look with brown shoes and geeky frames.

Post this, fans have been eagerly waiting for the final match after which they'll be able to catch a glimpse of the much-awaited film's trailer. The songs of Laal Singh Chaddha viz. Main Ki Karaan and Kahaani have already become a hit and everyone is excited about the trailer, which will be out tomorrow at the finale of IPL 2022.

Coming to Laal Singh Chaddha, the movie is the official Hindi remake of the Hollywood film Forrest Gump, which starred Tom Hanks in the lead role. Also featuring Mona Singh and Naga Chaitanya, it is slated to release on 11 August 2022. 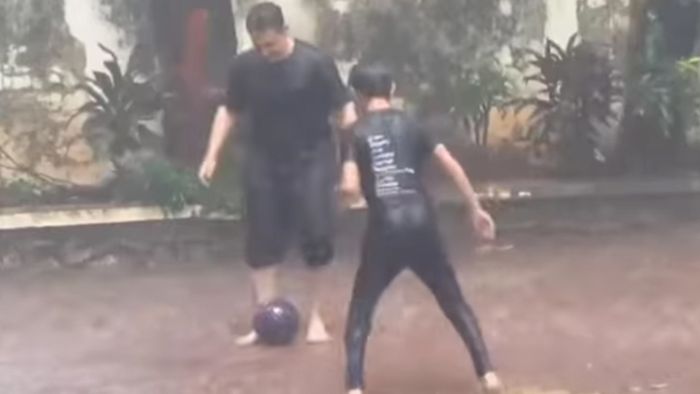