✕
✕
Your rating
Note: Click on the rating number you want to give for this movie.
BollywoodMDB
⟩
Bollywood News & Adda
⟩
Adipurush release date pushed: The real cause for the delay in the Prabhas-Kriti Sanon starred movie revealed

One of Prabhas' most eagerly anticipated future movies is Adipurush. Adipurush's teaser, however, had highly disturbed and incensed supporters. The producers have now opted to delay Adipurush. A statement from Om Raut has been made public.

Adipurush, starring Prabhas and Kriti Sanon, has been postponed once more. The Adipurush trailer, which was posted online a few weeks ago and received a lot of backlash from viewers, The teaser completely let down the fans, especially with the VFX. Om Raut faced harsh criticism from the audience. To justify the film and its graphics, the filmmaker claimed that only large screens were intended for it. The crowd, however, disregarded his defense. And now that the bigger story is straightforward, the producers have disclosed the new release date for Adipurush. The movie has been delayed and won't be released until 2023. Om Raut made a declaration.

It was a wise choice on the part of Adipurush's creators. Adipurush has been a source of debate since the teaser for the Prabhas, Kriti Sanon, Sunny Singh, and Saif Ali Khan movie was released. Internet users mocked the bad VFX, and ardent Hindus were perplexed by Saif Ali Khan's portrayal of Ravan. They believed Ravan had become khilji-fied. The makers are responding to the criticisms constructively, so that's good. Adipurush has been postponed, according to a statement from Om Raut.

Adipurush, according to the filmmaker, is not a movie but a representation of their dedication to Lord Ram, Sanskrit, and the extensive legendary past.

The creators decided to delay the release to ensure a pleasant visual experience. The teams are engaged in similar tasks. The revised release date for Adipurush is June 16, 2023. It has become a popular topic in entertainment news.

Adipurush, starring Prabhas, was slated for release in January 2023. However, the responses have forced the creators to reconsider and fix the problem. The preview infuriated Prabhas's supporters to a great extent. Particularly following the failure of Radhe Shyam, Prabhas' fans hoped to see his career take off again with Adipurush. Kriti Sanon goes CHIC and SIMPLE with her latest airport look in a cute co-ord set! 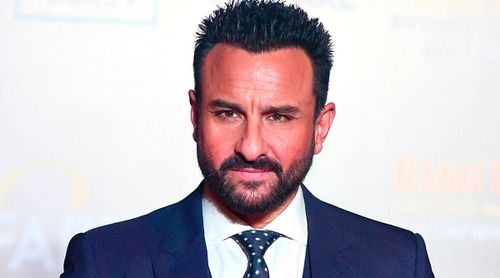