Sajid Khan who was accused in many cases of the MeToo movement is currently one of the contestants of the famous reality show Bigg Boss 16.

All eyes are on Bigg Boss 16 right now. The show has also been performing well on the TRP charts. The successful contestants on the show have made it entertaining to watch. But ever since the first day, the show has run into difficulties thanks to one contestant. One of the few biggest Bollywood figures to speak out against the disgraced director is actor Ali Fazal, who has demanded for the eviction of director Sajid Khan from the reality show Bigg Boss. 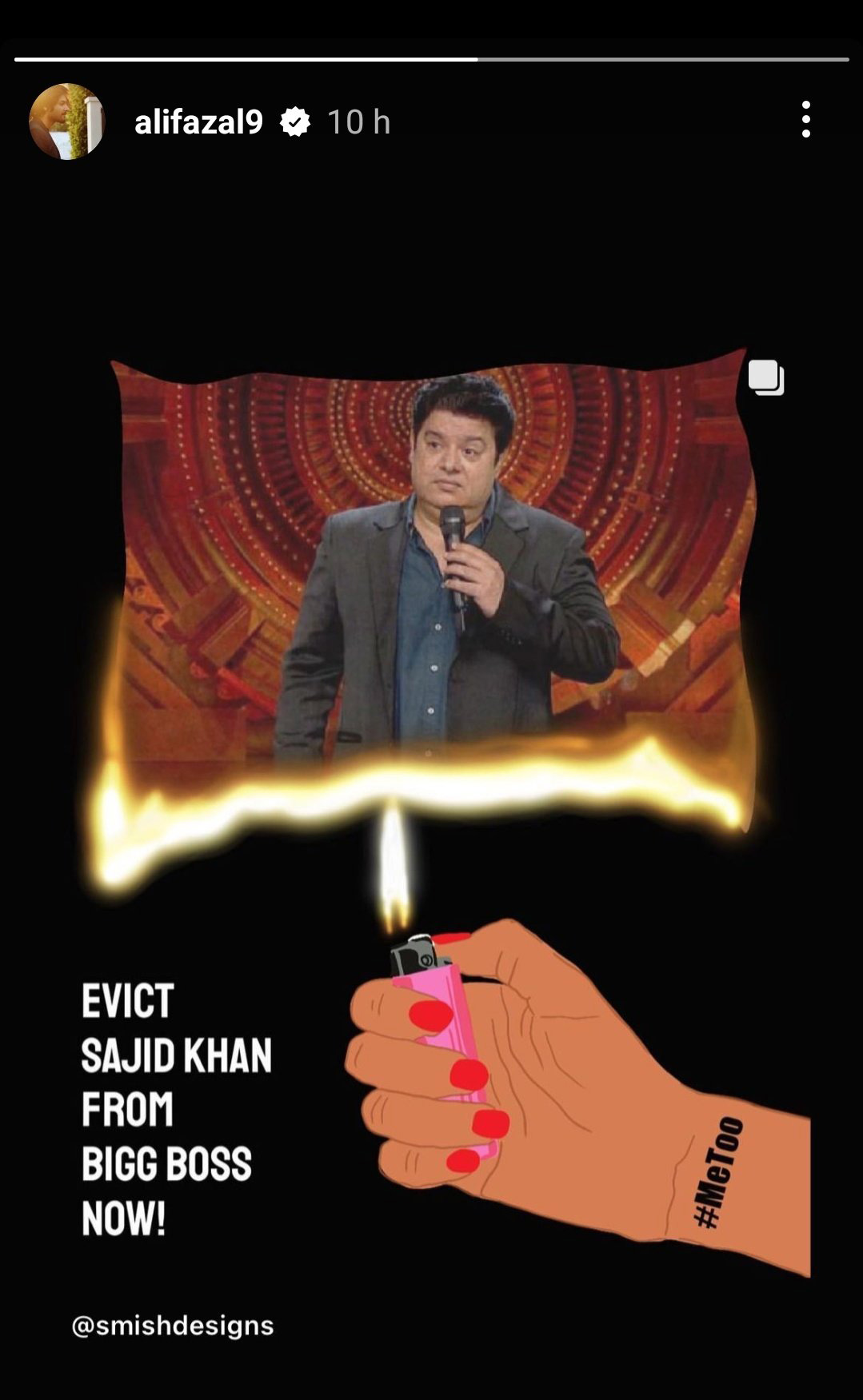 On Monday, Ali Fazal posted a graphic image on Instagram Stories depicting someone setting Sajid's photo on fire while wearing the hashtag "#MeToo" on their arm and wrote the caption, “Evict Sajid Khan from Bigg Boss now.” He joined the rising number of famous people and internet users who have called for the expulsion of the #MeToo accuser from the reality competition show. Many celebrities, including Mandana Karimi, Aahana Kumra, Sherlyn Chopra, Kanishka Soni, and others, spoke out against Khan and his inappropriate behavior and demanded eviction.

Several women accused Sajid Khan of sex abuse during the #MeToo movement in India, and a film authority subsequently banned him from the industry for a year. He is currently preparing for a high-profile film titled 100%, starring John Abraham, Riteish Deshmukh, Nora Fatehi, and Shehnaaz Gill, as well as making a comeback in his career after joining Bigg Boss as a participant.

For his work on the Fukrey movies and the crime drama Mirzapur, Ali Fazal is most known. Actress Richa Chaddha, who is married to Ali Fazal, is known for speaking out on public platforms about social and political issues. The pair held a lavish celebration in Mumbai earlier this month to mark their marriage.