✕
✕
Your rating
Note: Click on the rating number you want to give for this movie.
BollywoodMDB
⟩
Bollywood News & Adda
⟩
Anushka & Virat LASH out of disappointment after the cricketer’s room video goes VIRAL; Check out their post!

Anushka & Virat LASH out of disappointment after the cricketer’s room video goes VIRAL; Check out their post!

Indian cricketer Virat Kohli is currently in Australia with Team India for the T20 World Cup.

Indian cricketer and former captain, Virat Kohli is one of the best players on the Indian team. The cricketer who was facing negative lashes after not performing well for some time has bounced back and is playing like one hell of a beast. He is not missing any opportunity to prove that he is still the best in the sport. He’s consistently performing well in all the recent games and is making Team India win the games. His wife and Bollywood’s best actress Anushka Sharma has been his constant support and cheerleader all time. She has always spoken up for him if he is playing well or not.

Recently, there have been many complaints from Team India regarding not providing proper meals and the food quality. Now a video clip has gone viral on Instagram where there is a room tour of Virat Kohli of all his luggage, shoes, outfits, and other stuff. The video was captioned `` King Kohli’s room. As soon as the video went viral, Kohli raised his voice and took to Instagram concerning the invasion of privacy. He shared the video in his post, expressing his disappointment in his caption.

As soon he posted the clip, his wife and actress Anushka Sharma also lashed out and shared the post in her Instagram stories and wrote, “Have experienced few incidents where some fans have shown no compassion or grace in the past but this really is the worst thing. An absolute disgrace and violation of a human being and anyone who sees this and thinks celebrity ho! Toh deal karna padega should know that you are also part of the problem. Exercising some self control helps everyone. Also, if this is happening in your bedroom then where is the line?" 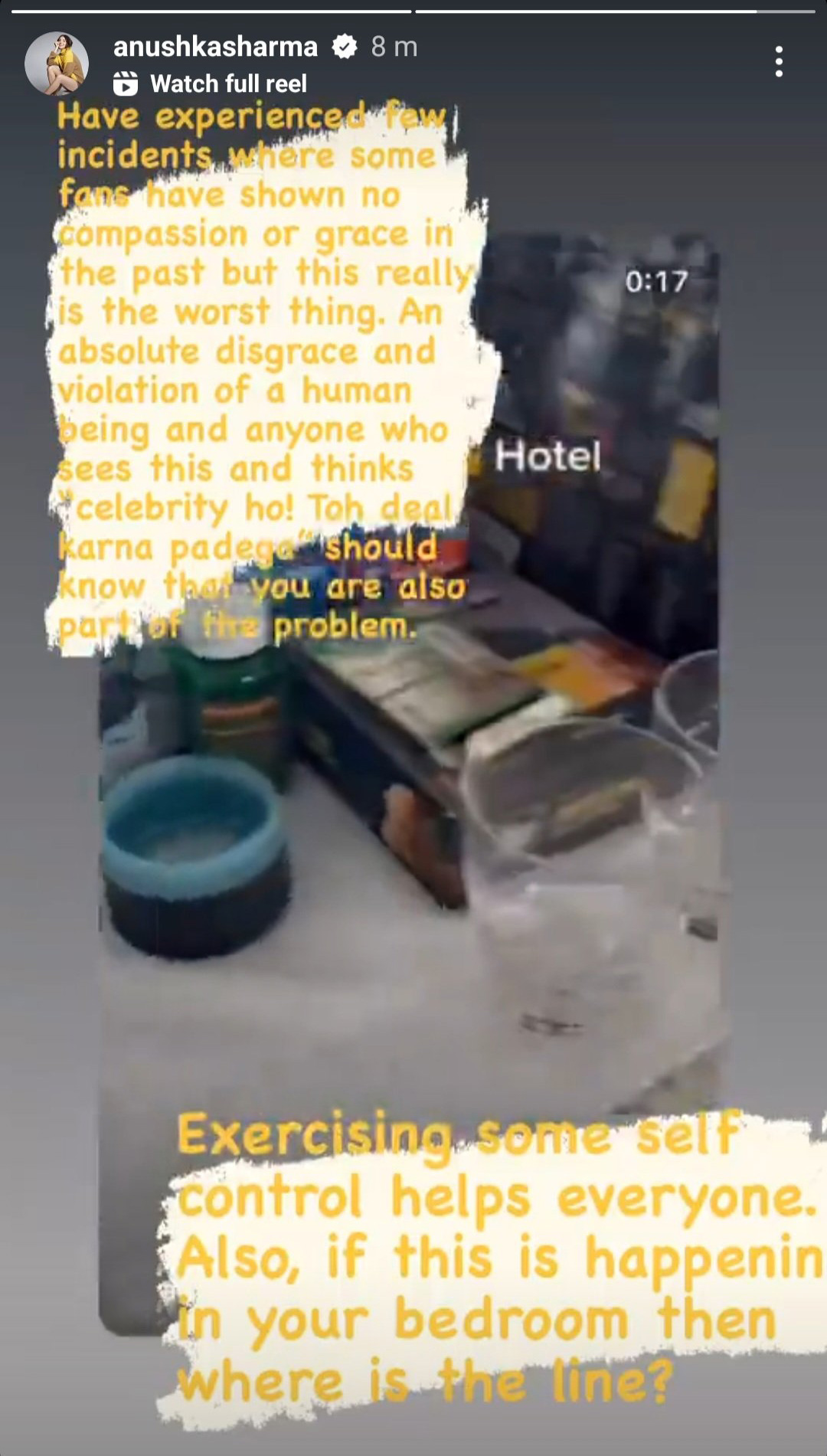 Anushka Sharma is now preparing for the release of Chakda Xpress, her upcoming movie based on the life of cricketer and former captain of the Indian women's team Jhulan Goswami. Netflix's OTT service is where the movie will debut.