✕
✕
Your rating
Note: Click on the rating number you want to give for this movie.
BollywoodMDB
⟩
Bollywood News & Adda
⟩
Bollywood actress Kajol says her husband Ajay Devgn cooks wonderful Khichdi for her; See here for more!

Bollywood actress Kajol says her husband cooks for her, and his Khichdi is amazing. He never discloses the recipe or secretes his wonderful khichadi.

Bollywood actress Kajol is a popular actress from Bollywood. She is known for her acting career in several Bollywood films, which were big hits at the box office. She has completed 30 years in her film career. Everyone knows her married life with Ajay Devgn; she is a very bubbly girl, and Ajay Devgn is a little introverted. Kajol says Ajay Devgn is a very good cook. He always cooks amazing dishes but his khichdi she likes the most. But he never likes to share the secret of the amazing khichdi.

Kajol replies that it is unbelievable that Ajay loves cooking; often, everyone says that some people have taste in their hands. Ajay Devgn is such a cook who prepares any dish; it looks amazing and tastes delicious.

She also added that Ajay likes and enjoys cooking very much, and whenever he cooks, he keeps the door closed to the kitchen. While he does not share what he is preparing and a recipe for the dish he is preparing. she mentioned that he cooks wonderful khichdi, which is her favourite dish.

Kajol has appeared in the film 'Tanhaji An Unsung Hero' alongside Ajay Devgn. Her upcoming film, ' Revathy's Salaam Venky', is all set to get released on the 9th of December. She will also be in the web series 'The Good Wife.' 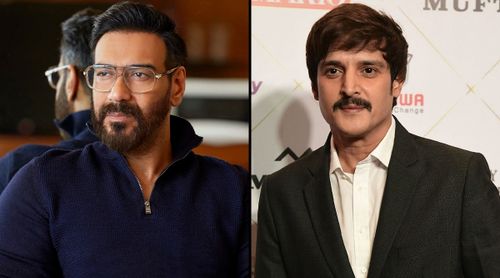