✕
✕
Your rating
Note: Click on the rating number you want to give for this movie.
BollywoodMDB
⟩
Bollywood News & Adda
⟩
Pankaj Tripathi on Being referred to as a ‘supporting actor’

Pankaj Tripathi revealed in a recent interview that he doesn't go to Bollywood parties. He will be seen in Oh My God 2.

In a recent interview, actor Pankaj Tripathi claimed that no one used to invite him to Bollywood parties and that now, when he does, he doesn't feel like going. He added that he dislikes the terms "supporting actor" and "character actor."

Pankaj made his acting debut in 2004 in Run before moving on to Omkara (2006). He has been in several movies and television programs. He became well-known, nevertheless, for his part in the Gangs of Wasseypur movie series (2012). Since then, he has appeared in movies including Mimi, Newton, Stree, Ludo, and Bareilly Ki Barfi. He is most known for playing the protagonist character of Akhandanand Tripathi in the web series Mirzapur. He has also appeared in Criminal Justice, Yours Truly, and Criminal Justice: Behind Closed Doors.

Who is the supporting actor: Pankaj Tripathi

For both his acting and adaptability, Pankaj Tripathi frequently receives praise. He was questioned about his thoughts on the support from the audience in a recent, exclusive interview with Pinkvilla. In a cheeky tone, Pankaj Tripathi added, "Acting consists of this. These minor distinctions exist now that we didn't have before. People see the simplest gestures because they have microscopic lenses. As a result of earlier failure to notice minor details, historical events have been exaggerated. There are significant differences between Indian cinema's courtroom dramas and Criminal Justice. The drama and reality of this show go hand in one."

"Yes, I don't go to Bollywood parties," Pankaj Tripathi admitted in an interview with Brut. "Earlier, no one used to call me to these parties, but now that they've invited me, I don't feel like going."

Additionally, he mentioned that after "a few years" and after making enough money, he might give up acting. He referred to himself as "an example of an actor with no controversies" when discussing the fact that he was not involved in any.

On the Work Front

Pankaj appeared in the June release Sherdil: The Pilibhit Saga. Next, he'll appear with Sayani Gupta and Neeraj Kabi in Oh My God 2. Recently, Pankaj Tripathi appeared in the web series Criminal Justice: Adhura Sach, which is available on Disney plus Hotstar. 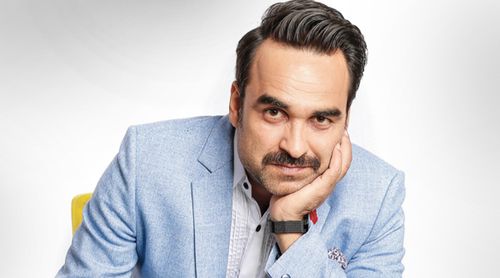