Bollywood’s veteran star Vinod Khanna breathed his last on Thursday morning, he was hospitalized earlier this month. The actor was admitted to Sir H.N. Reliance Foundation Hospital in the first week on April as he suffering from bladder cancer. Several Bollywood actors are sharing their condolences for the legendary star’s family members.

An official statement from hospital released confirming the report:

"Veteran actor and Member of Parliament Mr. Vinod Khanna, who was admitted to the Sir HN Reliance Foundation Hospital breathed his last at 11.20 am due to advanced bladder carcinoma." 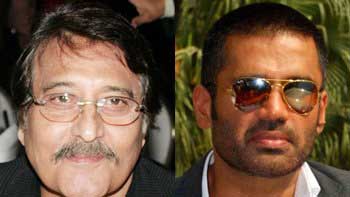 Vinod Khanna and Suniel Shetty to feature together