Besides Shekhar Kapur, the jury panel will also have ten other members, five of which will head regional panels.

Popular actress Gautami Tadimalla from Tamil film industry has been appointed the regional chairman of the North panel, director Rahul Rawail of the Western panel and director P Sheshadri of the Eastern panel. Other members on the jury panel include Aniruddha Roy Chowdhury, a Bengali, and Hindi film director known for his path-breaking film Pink, playwright Tripurari Sharma, dialogue and scriptwriter Rumi Jaffery, Ranjit Das and Rajesh Mapuskar. Kangana Ranaut will be seen in an interesting Shekhar Kapur project! 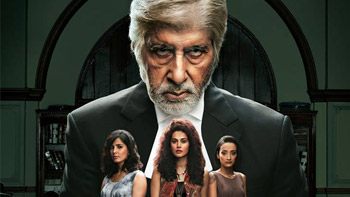 Pink continues to shine at the weekend 3 box-office