Login with Facebook Login with Google Login with Twitter
Home
⟩
Regional
⟩
S.S. Rajamouli’s next with Ram Charan and NTR to have a massive budget!

The yet-to-be-titled project, which is yet to start rolling, is being touted as one of the biggest films of 2018.

Stars come with a huge price tag and that is the reason not many filmmakers dare to make films with stars. And when it comes to multi-starrer, stakes are even higher. But when a filmmaker like S.S. Rajamouli is at the helm of the affair, investors don’t hesitate in investing in multi-starrers. So, when the ace filmmaker announced the biggest multi-starrer with superstars Ram Charan and NTR, we knew it is going to cost crores in the making and promotions. The latest we hear that the film will be made on a lavish budget of Rs. 90 crores, keeping the remunerations of NTR, Charan, and Rajamouli aside. Reportedly, there are going to many high-octane action sequences in the movie. So, most of the budget will be because of the action sequences. Still, isn’t it humongous?

As per reports, Ram Charan and NTR play brothers in the film. The final script is locked and an official announcement of the film is expected to be made by S.S. Rajamouli soon. The team is planning to wrap the film within nine months and release it during Dussehra 2018. Besides Telugu, the untitled film will also be released in Tamil and Hindi. 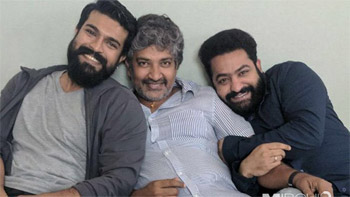