Actor Vijay Sethupathi shares his experience working with superstar Shah Rukh Khan in their upcoming film, ‘Jawan.’ He says that SRK is a ‘gentleman’ and opens up that he was shocked when he learnt that SRK had praised him. The actor recalls how he bagged the film Jawan. He said that he met SRK at Nayanthara and Vignesh Shivan’s wedding, where SRK expressed his wish to play the antagonist for him.

Sethupathi and SRK first met at the Melbourne Film Festival in Australia. Vijay Sethupathi said, “I had never met SRK before. He praised me, and it came as a shock to me. After the festival, we met at the after-party, and he came to me and said that he meant the praise. He told me that he loved my film, Vikram Vedha.” “I met SRK again at Nayanthara and Vignesh Shivan’s wedding, and I told him, ' I want to be a bad guy for you, sir.’ He added, “We were really hoping to cast you.” From that conversation, they met and the film, ‘Jawan’ happened,” Sethupathi recalled.

Sethupathi said, “He was very sweet. It was a very good experience. I was a bit nervous on the first day because he is a very big artist, but he made me very comfortable. He didn’t have a scene on that day, but he was there to make me feel comfortable. He is very sweet; I can discuss with him… He is a gentleman; I really had a good time with Shah Rukh, sir.”

Here are details about the film Jawan: -

Atlee helms the film Jawan which is an action-thriller and will be released on June 2. This marks the Bollywood debut of Nayanthara and features many other actors, like, Sanya Malhotra, Sunil Grover and Riddhi Dogra. 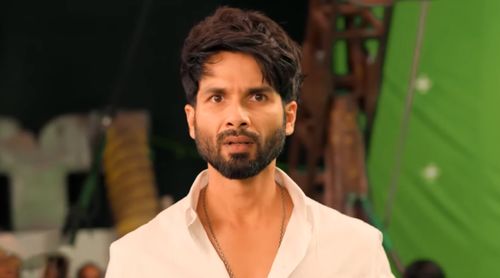