When their side won the Pro Kabaddi League, Abhishek Bachchan, Aishwarya Rai Bachchan, and their daughter Aaradhya started the weekend off well.

The three-person family donned team colours and served as cheers for the intense game. In the championship game, Jaipur Pink Panthers defeated Puneri Paltan 33-29 to win and secure the championship for the second time.

Abhishek tweeted, "So proud of this team. They've quietly worked towards this cup. Despite criticism, they kept believing and working. Everybody wrote them off... But they had confidence in themselves. That's the way to do it!!! It's taken us 9 years to win this cup again.”

So proud of this team. They’ve quietly worked towards this cup. Despite criticism they kept believing and working. Everybody wrote them off…. But they had confidence in themselves. That’s the way to do it!!! ???????? it’s taken us 9 years to win this cup again. pic.twitter.com/ARSZmhAosT

Wifey Ash joined in to extend her congratulations to the boys. Ash uploaded several images from the game to Instagram and wrote, "Jaipur Pink Panthers are the Champions! So very proud of this incredible team of super talented kabaddi players... God Bless you all and a huge, heartfelt, truly deserved CONGRATULATIONS to each and every one of you on this victory and achievement."

Fans were glued to the grandstand to see Abhishek and Aishwarya's responses to the game while all eyes were on the players. After the game, a video of a close embrace between Abhishek and Ash celebrating their team's victory went viral. Ash was observed being pulled in for an embrace by the actor and team owner after he grabbed her around the waist.

AARADHYA JOINED PARENTS AISHWARYA AND ABHISHEK ON THE COURT

Aaradhya joined her parents on the court after the game to congratulate the athletes and take pictures with the championship trophy. Ash posted the amazing image on her account and stated, "We are so proud of our team of incredibly talented, focused and hardworking kabaddi sportsmen… Kudos boys!!! God Bless always. Love, Light, more power to you and Shine on!" 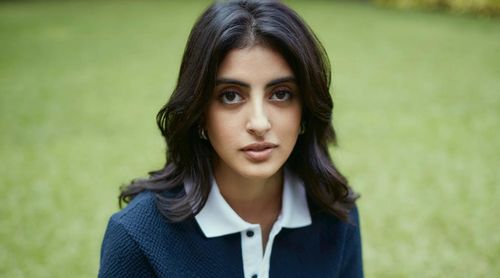 Abhishek Bachchan pens a HEARTFELT note as Peter Pereira passes away at the age of 93; Read what he wrote! 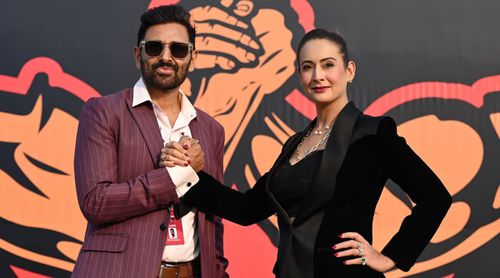