✕
✕
Your rating
Note: Click on the rating number you want to give for this movie.
BollywoodMDB
⟩
Bollywood News & Adda
⟩
Ajay Devgn and Shriya Saran arrive in style at the Drishyam 2 success party; Tabu and Akshaye Khanna miss the bash!

At the box office, the Bollywood movie Drishyam 2 has brought in over Rs 150 crores worldwide. Ajay Devgn, the movie's star, and others gathered under one roof to celebrate this success.

For the makers of Drishyam 2, November 30 was a memorable day because the movie brought in over Rs 150 crores at international box offices. According to some news reports, if the growth is stable, the movie may join the Rs 200-crore club. Ajay Devgn, a national award-winning actor, plays the lead in the film, which also features essential roles for Shriya Saran, Ishita Dutta, Tabu, Akshaye Khanna, Rajat Kapoor, and other actors. The film premiered on November 18 and made over Rs 15 crores on its opening day in theatres.

Bollywood actors Ajay Devgn, Ishita Dutta, Mrunal Jadhav, and others were stylishly photographed to commemorate this accomplishment. director Anand Pandit was also seen there. The lead actress of the film, Shriya Saran appeared at ease wearing a pink outfit. 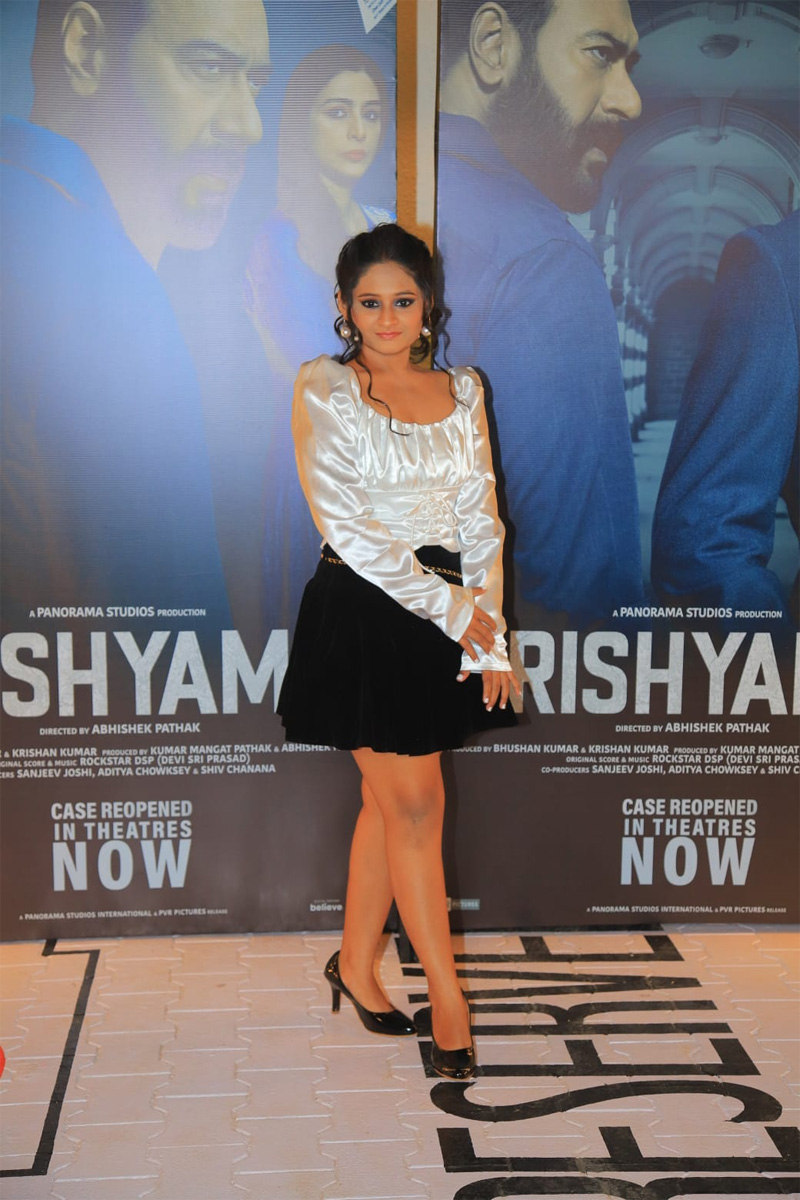 In the crime thriller Drishyam 2 (directed by Abhishek Pathak, and produced by Panorama Studios, Yash Raj Films), a mysterious murder alters the lives of the Salgaonkar family.

Ajay Devgn will next be seen in the Bollywood movie Bholaa, which will also serve as his first directorial outing.