✕
✕
Your rating
Note: Click on the rating number you want to give for this movie.
BollywoodMDB
⟩
Bollywood News & Adda
⟩
Akshaye Khanna joins the cast of Ajay Devgn starrer Drishyam 2; Tabu is thrilled to have 'the gem of an actor' on board

Akshaye Khanna joins the cast of Ajay Devgn starrer Drishyam 2; Tabu is thrilled to have 'the gem of an actor' on board

Following the triumph of his portrayal as Vijay Salgaonkar in the 2015 thriller mystery Drishyam, Ajay Devgn is set to wow the audience once more in the upcoming film Drishyam 2. Several actors, including Tabu, will play their respective roles in the film. However, Bollywood star Akshaye Khanna is the newest addition to the Drishyam cast.

Tabu welcomed Akshaye Khanna to the upcoming film on Instagram. The actress shared a photo of Akshaye Khanna with a serious expression on his face, while Tabu smiled in the background. Tabu captioned the picture, "Delighted to have a gem of an actor on board for Drishyam2 Akshaye Khanna," and called him "Truly Talented."

Drishyam 2 will be the Hindi adaptation of Mohanlal's Malayalam film of the same name. The film will be a sequel to the critically acclaimed 2015 film. The plot of the movie revolves around Vijay Salgaonkar and his family, whom he must once again safeguard. Ajay Devgn will return as Vijay Salgaonkar, and Tabu, Shriya Saran, Ishita Dutta, and others will also reprise their roles.

The film is expected to be released later this year. 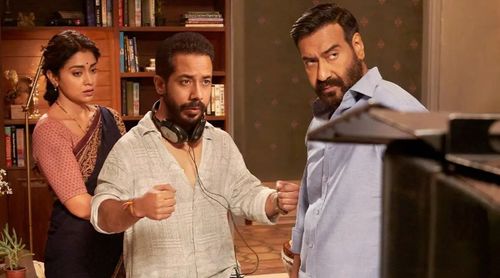