Bollywood actors Alia Bhatt and Ranbir Kapoor, who got married in April 2022, are expecting their first child shortly. In June, the actress announced her pregnancy on Instagram. After the September premiere of Brahmastra, the celebrities celebrated Dussehra on Wednesday with a private baby shower.

Neetu Kapoor posted several images from the celebration on her Instagram stories. 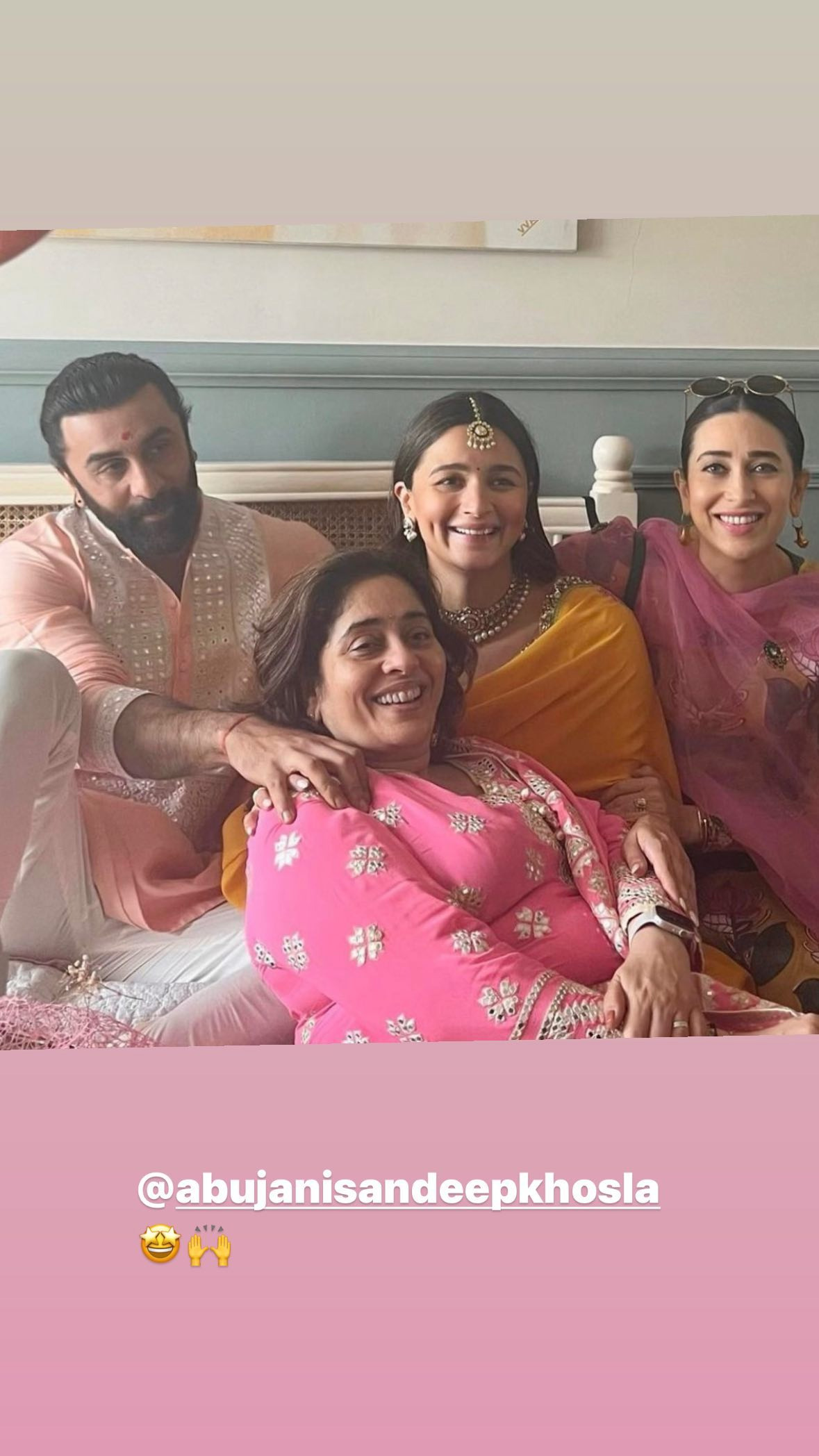 Also, posting a selfie with the soon-to-be parents Ranbir and Alia were Karan Johar. Ranbir wore a white kurta-pajama set with a partially patterned jacket. His hair is long, and he has a beard. On April 14, close friends and family attended an intimate wedding ceremony where Alia Bhatt and Ranbir Kapoor exchanged vows. Before getting hitched, the pair dated for several years. Their wedding was widely reported in the media and on social media.

In the meantime, Alia Bhatt will next appear alongside Ranveer Singh in Karan Johar's Rocky Aur Rani Ki Prem Kahani. The film also stars Dharmendra, Jaya Bachchan, and Shabana Azmi. The release is anticipated for 2023. In Heart Of Stone, she makes her Hollywood debut alongside Jamie Dornan and Gal Gadot. Alia Bhatt is glowing as she brings her daughter home with Ranbir Kapoor. View photos Who does the newborn resemble, the mother or father? Asked Paparazzi to Neetu Kapoor With Neetu Kapoor and Soni Razdan, Alia Bhatt and Ranbir Kapoor celebrate their first Diwali together after getting married