While promoting his web series Crash Course, Annu Kapoor was asked about the Laal Singh Chaddha starring Aamir Khan. His response was shocking.

Laal Singh Chaddha, starring Aamir Khan, is eagerly anticipated by the audience. A lot of people are calling for the boycott of the movie due to a comment Aamir Khan made years ago, and the film has already received its fair share of criticism owing to cancel culture. Annu Kapoor, an actor who was most recently seen in Crash Course (2022), was now questioned about the movie. And he has an answer to that that no one could have imagined.

While promoting his most recent web series, Annu Kapoor was asked about Laal Singh Chaddha, starring Aamir Khan. The actor responded by saying, “What is that? I don’t watch movies. I don’t know."

The manager of Kapoor intervened and said, "No comments," but Annu continued and responded, “No comments nahi. Movie he nahi dekhta mein na apni na parayo ki. Mujhe pata bhi nahi hain yeh kaun hai sach much. Toh mein kya bata paunga ki kaun hain woh. I have no idea (It’s not about ‘no comments’. I don’t watch films, be it mine or of others. I honestly don’t even know who he is, then how can I tell you anything about him)."

As soon as the video surfaced, netizens criticised Annu Kapoor for his response and questioned his lack of knowledge. A netizen commented, "Who is he ? Who is watching your film." Another wrote, “Why do you work in the film industry then?” 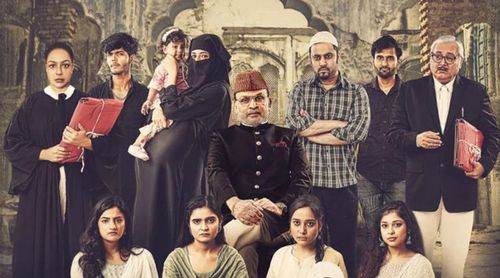