✕
✕
Your rating
Note: Click on the rating number you want to give for this movie.
BollywoodMDB
⟩
Bollywood News & Adda
⟩
Anupam Kher shares a nostalgic throwback picture with Rishi Kapoor and Yash Chopra

Fans believe that the unseen picture that Anupam Kher shared of Rishi Kapoor and Yash Chopra is from the time of their 1989 movie Chandni.

In the picture, Rishi Kapoor is posing for the camera as Anupam Kher and Yash Chopra are seen enjoying their lunch. The photo appears to be from the Chandni (1989) days, which also featured Vinod Khanna and Sridevi. Anupam remembered them in the caption. "A pic is worth a thousand words, but a memory is priceless! Miss my friends! #RishiKapoor #YashChopra ji #Simplicity #Foodies #02121988," the actor wrote in the caption.

Chandni (1989), which was directed by Yash Chopra, starred Rishi Kapoor as Rohit Gupta, Anupam Kher as Ramesh Mehra. Sridevi played the female lead along with Waheeda Rehman, Sushma Seth, Mita Vasisht, and even Juhi Chawla in a supporting role.

Meanwhile, on the work front, Anupam Kher recently finished shooting for his upcoming film, The Last Signature. Anupam was depicted in the film's poster as an elderly, worn-out man with an office bag. Mahima Chaudhary is also making her film comeback after recovering from cancer with this project. 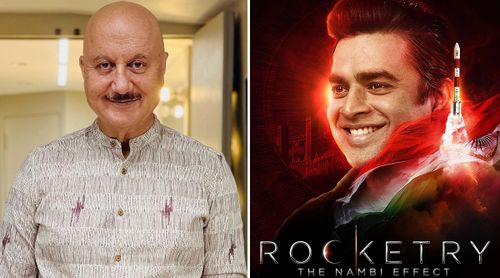