✕
✕
Your rating
Note: Click on the rating number you want to give for this movie.
BollywoodMDB
⟩
Bollywood News & Adda
⟩
#ArrestJubinNautiyal trends on Twitter over the singer's alleged links with Khalistani outfit

Jubin Nautiyal is facing the heat for agreeing to perform in a show organised by a man alleged to be a Khalistan supporter.

Singer Jubin Nautiyal, known for superhit songs like Raatan Lambiyan and Kuch Din, faced the ire of trolls on Twitter who trended the hashtag #ArrestJubinNautiyal over his alleged links with a suspicious Khalistani organization.

As per reports, a music concert of Jubin Nautiyal has been organized in Houston, Texas this month by a man who is associated with a banned Khalistani outfit.

A Facebook post is also going viral on the internet, in which a man named Rehan Siddiqui is praising Jubin.“My favorite singer is coming to Houston. Waiting for a good show, let’s officially start show time,” he wrote

What's being said is that Rehan Siddiqui is an ISI agent from Pakistan whereas Jai Singh is an absconder who is missing in India for 30 years now. Singh has links with a banned Khalistani outfit. He is also wanted in several police stations in the Punjab on charges of drug trafficking and other crimes.

Meanwhile, Jubin Nautiyal's Houston event, which was supposed to take place on September 23, 2022, has reportedly stopped online ticket sales. Also, Rehan Siddiqui has deleted his Facebook post amid the controversy.

While the entire episode is unfortunate, we only hope that the truth comes out soon and peace prevails. 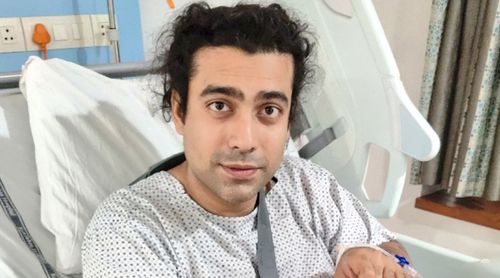