✕
✕
Your rating
Note: Click on the rating number you want to give for this movie.
BollywoodMDB
⟩
Bollywood News & Adda
⟩
At H.N. Reliance Foundation Hospital: Alia Bhatt will give birth to her first kid. Details

At H.N. Reliance Foundation Hospital: Alia Bhatt will give birth to her first kid. Details

The soon-to-be parents are Alia Bhatt and Ranbir Kapoor. They are expected to give birth to their first child between the end of November and the first week of December. Keep reading to know more.

Why not? Ranbir Kapoor and Alia Bhatt are now making a lot of noise in B-Town. The most adored couple in Bollywood is expecting their first kid shortly. Alia informed us of the beautiful news on June 27 via Instagram. Alia and Ranbir exchanged vows in a small, private ceremony on April 14 this year.

Alia had just had her baby shower when she shared many lovely pictures on Instagram. In a yellow salwar suit, she was as gorgeous as ever. Neetu Kapoor, Karisma Kapoor, Soni Razdan, Shaheen Bhatt, Mahesh Bhatt, and other famous people were at her baby shower.

According to a recent news report, the Gangubai actress will deliver her first kid at H.N. Reliance Foundation Medical Center According to sources close to the Kapoor family, Alia Bhatt has been registered at the H.N. She is reportedly due at Reliance Foundation Hospital in Girgaon at any time between November and the first week of December.

Brahmastra: Shiva-Part One, Ranbir, and Alia's debut collaboration as a screen pair performed remarkably well at the box office. It brought in around. 400 billion rupees at the box office. The film made a staggering Rs 37 crore in its initial weekend.

Speaking of Alia, she is killing it in maternity wear and is an inspiration to lots of expectant women. Additionally, Alia is developing a few films. Heart of Stone, her debut Hollywood film, has debuted a trailer. In 2023, the movie will be made available on Netflix. For Rocky Aur Rani Ki Prem Kahani alongside Ranveer Singh, she has finished filming. 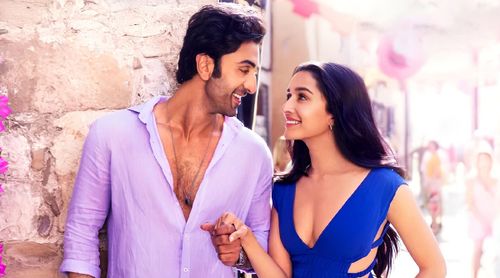