✕
✕
Your rating
Note: Click on the rating number you want to give for this movie.
BollywoodMDB
⟩
Bollywood News & Adda
⟩
Bollywood’s Next; Film on Atal Bihari Vajpayee

Teaser for the film about the former Prime Minister unveiled

On Tuesday, the teaser for the film premiered. The film would be titled ‘Main Rahoon Ya Na Rahoon, Yeh Desh Rehna Chahiye - Atal’. This wouldn't be the first film in Bollywood about influential politicians, but there is something about films that narrate about our leaders which seems to keep the audience so engaged.

The Cast and Director for the film have not been disclosed yet. According to the producers Vinod Bhanushali and Sandeep Singh, the film is to start shooting in early 2023 with a release at Christmas.

The trailer is said to drop on the death anniversary of the former Prime Minister. The producers opened up and shared, “I have been a great fan of Atalji all my life. A born leader, a statesman par excellence, a visionary. Shri Atal Bihari Vajpayee Ji was all the above. His contribution to our nation-building is unparalleled, and it is our great honour to bring his legacy to the silver screen.” said Vinod Bhanushali. Sandeep Singh further added, “Shri Atal Bihari Vajpayee Ji was one of the greatest leaders of Indian history who won hearts of enemies with his words, who led the nation affirmatively and created the blueprint of progressive India. Being a filmmaker, I feel that cinema is the best medium to communicate such untold stories, that will unveil not only his political ideologies but his humane and poetic aspects, that made him the most loved " leader of opposition" as well as India's most progressive Prime Minister”.

After the success of the film ‘The Accidental Prime Minister’ (2019), this film is awaited with a lot more anticipation and curiosity. 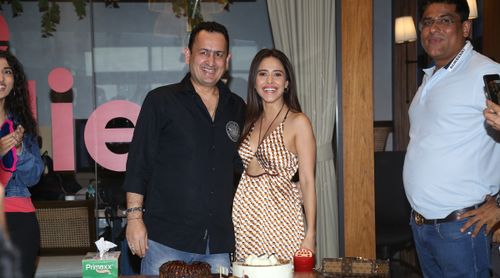