Bollywood star Ayushmann Khurana connects with global icons like David Beckham and others to raise child rights awareness programs. Ayushmann Khurana, Priyanka Chopra Jonas, Cafu, and many others have connected for this initiative. They will be raising awareness about child rights awareness worldwide. Recently the actor shared a video of his participation in an event where he was sharing an event along with the legendary player Sachin Tendulkar which UNICEF organized.

Ayushmann Khurana’s words at the event:-

Ayushamnn shared the words at the event to IANS, “We must all make sure that discrimination based on gender becomes a thing of the past. And every girl is treated with the same value and worth by her family and community as any boy.”

On the work front of the actor:-

The actor has shown his capability and versatility in his several films. His actor friend has also praised him for being a risk taker for the character role he has played. His film ‘An Action Hero’ will be released on December 2. The trailer for the film has already been out and has impressed the audience. Anirudh Iyer directs the film. Ayushamnn and Jaideep Ahlawat will be featured in this film as lead characters. 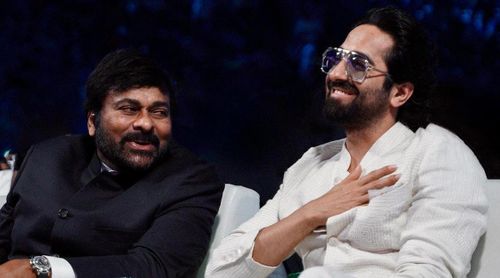