✕
✕
Your rating
Note: Click on the rating number you want to give for this movie.
BollywoodMDB
⟩
Bollywood News & Adda
⟩
‘Boycott Bollywood’- A New Trend?

The Hindi films released over the past few weeks - Aamir Khan's Laal Singh Chaddha, Akshay Kumar-starrer Raksha Bandhan, and Anurag Kashyap's Dobaaraa - have all faced calls for the boycott.

However, the industry's course took a tragic turn in 2020 when actor Sushant Singh Rajput was found dead at his home. His unexpected death gave birth to uncountable conspiracy theories, horrible media coverage, and rampant misinformation that put individuals from the Hindi movie industry straightforwardly enduring an onslaught. They were labeled medication addicts, killers, and a shrewd bundle of immoral, anti-nationals. Industry's essentially brought together quietness — barring a statement from the makers association (IMPPA) and a defamation suit against specific TV channels and media portals alleging malicious reportage — hurt its reputation further and was gotten as part arrogance, part admission of culpability.

Achin Jain, the producer at Sikhya Entertainment, says Bollywood’s ‘no response is the best response’ approach deserved criticism because it only made the industry more susceptible to hate. “The whole industry is always ready to take a dignified silence and feels it will pass. No one wants to make a comment because they know individual attacks will follow. But the reality is that we are letting these attacks happen more freely on individuals. Nothing will change until everyone comes together. All producers, big influencers of the industry need to come together,” he says. Actor Gulshan Devaiah, however, believes the kind of relentless attack the industry was under, there was very little it could have done to fight it back. To expect unity, Gulshan says, is “misguided.”

According to Gulshan, the negativity was “so amplified” that nothing anyone said or did would ‘override the enormous zone flooding that was happening. “Sushant’s career was an example and a benchmark of success, but what followed his tragic and mysterious death was a disgusting sh*t show exploited for attention by all kinds of people,” the actor adds.

Actor Arjun Kapoor during an interview, also regretted that the industry “made a mistake by being silent” about the negative campaigns against it. “We made a mistake by thinking that our work will speak for ourselves…We tolerated it a lot, and now people have made this a habit. We need to come together and do something about it because what people write about us or the hashtags that trend are far away from reality,” he said. Unsurprisingly, soon after his comments, Madhya Pradesh minister Dr. Narottam Mishra slammed Arjun and said he should focus on his acting rather than “threatening” the audience.

In a recent interview, filmmaker Anurag Kashyap summarised the nation's mood in two lines: That it has developed an unhealthy obsession with boycotting everything. “We are living in very strange times. Two years later, Sushant Singh Rajput still trends every day. These are strange times where everything is to be boycotted. This country now has a boycott culture. If you are not being boycotted, then you don’t matter,” he had said.

Kapil Sharma was asked about the same, to which Kapil said, I do not know; I am not that intellectual. I do not have a film release as of now. But, these trends keep coming. It is just a matter of time.

When a reporter said that Kapil's close friend Akshay Kumar's recent film Raksha Bandhan was also boycotted, the actor-comedian said I had not heard of any such boycott against his films. Please let me stay away from the world of Twitter; it took a lot to come out of it.

While promoting the upcoming second season of Delhi Crime, Shefali Shah was asked in an interview about cancel culture in Bollywood, and she said, “It’s a trend. I don’t think it’s long-lasting.”

According to the insider, the overall feeling of the industry today is contemplation. Actors and directors focus on improving movies, taking audience feedback, and pursuing course amendments. "While makers with a ton at stake are the ones worried about boycotts and the narratives utilized to drive the trends ." Gulshan Devaiah says he cannot gauge how anyone is feeling about the boycotts Bollywood pattern as he has not examined it with anyone but instead says 'maybe some are deleting their old tweets.“I don’t know, (but) what is truly happening is that this is a battle for power,” he adds. Happy Children's Day to all the little performers that stole our hearts this year with their outstanding performances in the movies! 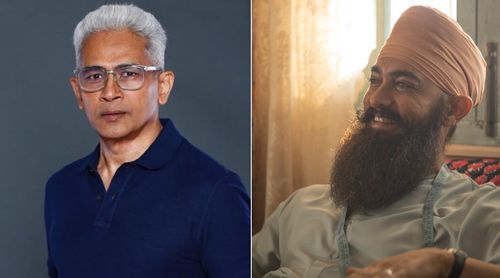