Veteran actor Dharmendra will soon be enthralling us on screen in Karan Johar's Rocky Aur Rani Ki Prem Kahani. He stars alongside Shabana Azmi, Jaya Bachchan, Alia Bhatt, and Ranveer Singh in the much-awaited film. The film's shoot is in full swing, and Dharmendra has just shared a fresh picture with his co-star, Shabana Azmi.

The Sholay (1975) actor took to Twitter to share the stunning picture of himself and his co-star, along with some beautiful lines. In the picture, the two veteran actors appear to be quite charming. His caption read,"Ishq hai Mujhe Camere se … aur Camere ko …. Shaid mujh se…."

Dharmendra can be seen looking at Shabana Azmi as they pose together in the picture. Shabana looks stunning in a royal blue and pink saree, while Dharmendra looks suave in a blue blazer.

Rocky Aur Rani Ki Prem Kahani will be released in theaters on February 10, 2023. 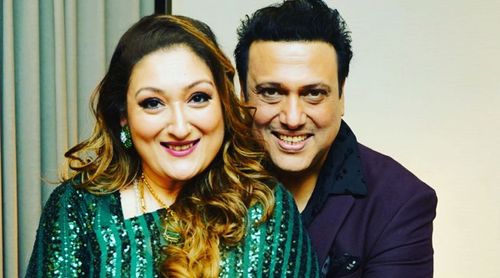 Did you know that Sunita Ahuja was given a photo of this renowned actor while she was expecting?