✕
✕
Your rating
Note: Click on the rating number you want to give for this movie.
BollywoodMDB
⟩
Bollywood News & Adda
⟩
Dia Mirza reveals a ‘life-threatening’ incident during childbirth

Dia Mirza has one year old son named Avyaan Azaad who was born in May, 2021.

Actor Dia Mirza welcomed a baby boy named Avyaan into her life in May 2021. The actor in a recent interview shared how her delivery was not easy. Her son was born prematurely and the situation was “life-threatening” for both mother and child. She opened up about undergoing appendix surgery in her fifth month of pregnancy. That unfortunately may have been the cause of “bacterial infection” in her body.

In the interview, Dia shared, “My placenta was haemorrhaging and the doctor said I have to pull your baby out otherwise I would have gone into sepsis. It was life-threatening for both of us and within 36 hours of birth, the baby had to go through surgery”. A real horror was that her newborn child had to undergo surgery immediately and she could not physically be with him. She added, “And then three and a half months after he was born, he had to go through a second surgery. He was in the NICU right through that time. I wasn’t even allowed to hold him till two and a half months had passed after he was born”. Recalling that this unfolded during the pandemic she said, “He was so tiny and so fragile and it was Covid times so there were all kinds of other conditions and regulations I had to follow. I was allowed to see my baby only twice a week. So it was very hard but through it all, I always believed that he would not leave me and he would fight and survive”.

A real trooper, Dia and her little boy are. The actor will soon be seen by fans in the upcoming film ‘Dhak Dhak’. The film also stars Fatima Sana Shaikh, Ratna Pathak Shah, and Sanjana Sanghi in pivotal roles. The film is based on four women embarking on a ride of a lifetime. The work has been helmed by director Tarun Dudeja. Dia Mirza pens an emotional note as her niece passes away 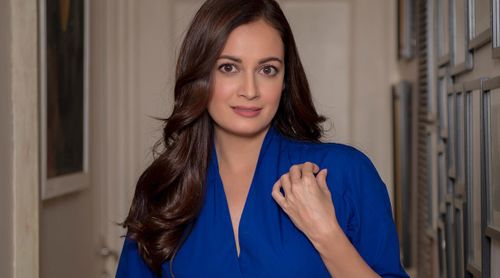