✕
✕
Your rating
Note: Click on the rating number you want to give for this movie.
BollywoodMDB
⟩
Bollywood News & Adda
⟩
Director Sabbir Khan opens up on the failure of Baaghi, Heropanti sequels

Director Sabbir Khan opens up on the failure of Baaghi, Heropanti sequels

Heropanti and Baaghi, according to Sabbir Khan, were not created with the intention of becoming franchises.

Director Sabbir Khan, who gave Tiger Shroff his first two hits- Heropanti (2014) and Baaghi (2016), claims that the sequels to these films have lost their audience. He believes that Heropanti and Baaghi franchises failed because they were not created organically with the purpose of becoming a franchise.

In a recent interview, the filmmaker stated, “When we made the films initially, we did not make it as a franchise. They were organic films. For me, a sequel is something where you take the story and characters forward. If you are making a completely different story, then it is a different film. It is just a business move to use the title. I was not leaning towards that… I have not seen those films (the sequels of Heropanti and Baaghi). It has lost its audience.”

Tiger Shroff's first film Heropanti and the 2016 film Baaghi were remakes of Allu Arjun's  Parugu from 2008 and Prabhas' Varsham from 2004.

In response to a question regarding whether remakes are appealing, he stated, “When you remake a film, it is very tough because the original has worked and there is a benchmark set. I liked the core story of the original but the screenplay is mine. We have added our touch and flavour to the story. For me, as a director, Nikamma is a slightly different film from my past work. Apart from action, it has a strong story and family values.” 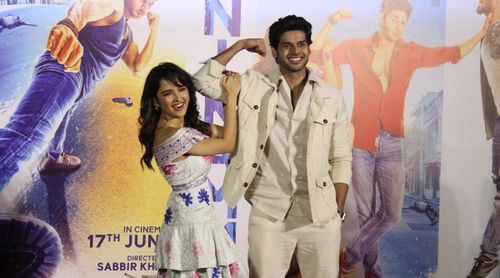