✕
✕
Your rating
Note: Click on the rating number you want to give for this movie.
BollywoodMDB
⟩
Bollywood News & Adda
⟩
DO YOU KNOW? the Kanpur Zoo honours Raveena Tandon by naming a Tiger cub after her, sends heaters as a winter gift

The public is aware of Raveena Tandon's love of the outdoors and wildlife. Images taken in the country's wildlife refuges and tiger habitats are routinely published by the actress. Additionally, she represents Maharashtra as the Wildlife Goodwill Ambassador.

Numerous Bollywood superstars prioritize social duty. One Bollywood celebrity who is well-known for her charitable activity is Raveena Tandon. Although she is best known for her films, her charitable endeavors have also won a lot of admirers over the years. She frequently assists NGOs and has participated in a number of philanthropic activities.

On social media, Raveena Tandon has also sponsored a number of fundraising events. A tiger cub has been given the name Raveena by the Kanpur Zoo! Tweeted the actress, “Great initiative @WildLense_India ! Good Going Kanpur zoo with all the rescue and rehabilitation work you doing!  #kanpurzoo.”

The zoo's administrators thanked Raveena for providing food for the cub and heaters for the hospitals. “Thank you to the lady with “Green Heart" @TandonRaveena Ma’am. You have extended your support to the voiceless souls of #Kanpur_Zoo in this spine chilling winters," they tweeted on Twitter.

Thank you to the lady with "Green Heart" @TandonRaveena Ma'am. You have extended your support to the voiceless souls of #Kanpur_Zoo in this spine chilling winters. The much needed Heaters for hospital & Supplements for little cub "Raveena" named after you by Zoo Authority @ANI pic.twitter.com/BfNgsgpp2B

RAVEENA IN AN INTERVIEW STATED

Raveena previously revealed in a news outlet interview that she developed a fascination for nature at a young age. The actress visited Mudumalai Tiger Reserve in Tamil Nadu and Bandipur National Park in Karnataka with her father for her first-ever safari. Her romantic relationship with the jungle began at that point. The actress continued, "I've gone to forests all throughout the world, but none of them have romance like the jungles of India." Always a champion of animals and the environment, Raveena. She claims that women and children are the targets of the greatest amount of abuse worldwide, followed by animals. She claimed that she has always advocated for both animals and women and children. 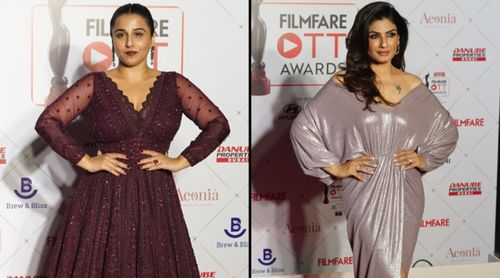