✕
✕
Your rating
Note: Click on the rating number you want to give for this movie.
BollywoodMDB
⟩
Bollywood News & Adda
⟩
Fit of Rage: When Esha Deol slapped Amrita Rao on the sets of Pyare Mohan

It may all appear hunky-dory among the film's star cast on the screen, with each portraying their respective characters. However, the scenario behind the lens may not always be the same. There are times when co-stars do not get along well with each other.

Though a thing of the past now, showdowns of violent or extreme nature between actors were not uncommon on film sets.

One such episode happened during the filming of Pyare Mohan in 2005, when Esha Deol had slapped Amrita Rao in full public view. What started as a verbal altercation soon turned into a shocking spectacle when Esha hit Amrita and later expressed no regret over her action.

Esha later spoke about the incident in an interview and revealed that she got provoked after Amrita allegedly abused her in front of the film's crew.

“Amrita abused me in front of director Indra Kumar and the cameraman and I thought that was totally out of line,” Esha had said.

“To protect my self-respect and dignity, in the heat of the moment, I slapped her. I have no regrets because she totally deserved it for her behaviour towards me at that point of time. I just stood up for myself and my dignity,” she added.

Esha also revealed that post the incident, Amrita realised her mistake and apologised to her. The duo buried their differences after that and now things are absolutely fine between them.

It is worth mentioning that both Esha and Amrita were at the pinnacle of their film careers at that time. Esha, daughter of legendary actors Hema Malini and Dharmendra, had appeared in a string of successful films like Yuva (2004), Dhoom (2005), No Entry (2005) and Dus (2005). On the other hand, Amrita Rao was the quintessential girl next door of Bollywood, having won hearts for her performances in Ishq Vishk (2003), Main Hoon Na (2005) and Vivaah (2006).

On the work front, Esha Deol was most recently seen in the Disney+ Hotstar show Rudra: The Edge Of Darkness. She will also be seen with Suniel Shetty in the series Invisible Woman. 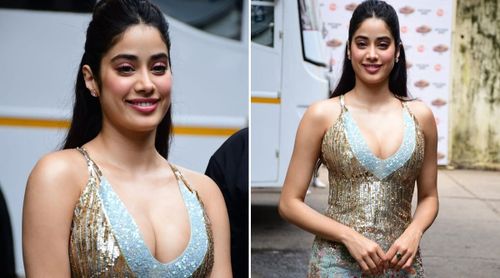