✕
✕
Your rating
Note: Click on the rating number you want to give for this movie.
BollywoodMDB
⟩
Bollywood News & Adda
⟩
Helen to make a comeback with Abhinay Deo's Brown

Helen to make a comeback with Abhinay Deo's Brown

During an interview, Helen revealed she was feeling nervous while returning to the screen with Abhinay Deo’s upcoming project Brown.

Bollywood actress Helen is known as a brilliant dancer and actor who worked in over 700 films, making her a prolific performer in Hindi cinema. The actress is set to make her comeback with Delhi Belly fame Abhinay Deo’s upcoming project, Brown.

The upcoming film is said to be a neo-noir crime drama. Apart from Helen, Karisma Kapoor will be leading the film. The film is based on the book City of Death by Abheek Barua and is bankrolled by Zee Studios.

While speaking about her experience, Helen revealed that she was very nervous to return to films. She also shared her excitement, “In our time, table-reads, workshops, etc were things that only happened in Hollywood. All of these things had not reached us back then. Now it’s a fascinating way to work, where you come together and meet your co-actors. The energy in the room is enthralling.”

She further was asked about her collaboration with Salman Khan to which she replied, “As of now, nothing.” For the unversed, Salman Khan is stepson to Helen and they have worked together in Sanjay Leela Bhansali’s Hum Dil De Chuke Sanam. 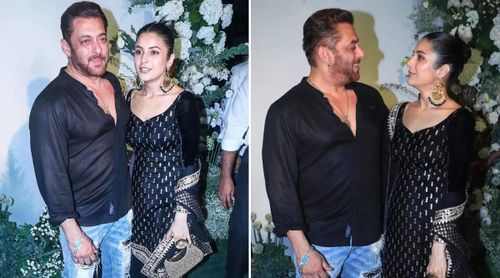