✕
✕
Your rating
Note: Click on the rating number you want to give for this movie.
BollywoodMDB
⟩
Bollywood News & Adda
⟩
Imtiaz Ali responds to criticism that the women in his movies lack agency

Imitiaz Ali, who wrote Cocktail and most recently created the web series She, has stated that not all stories need to focus on women gaining agency.

Filmmaker Imtiaz Ali is best recognised for his extraordinary works, including Socha Na Tha (2005), Jab We Met (2007), Love Aaj Kal (2009), and Highway. The Rockstar (2011) director is frequently questioned on the way he develops the female characters in his films.

Imtiaz Ali spoke candidly on the roles played by women in a recent interview. He stated, “I am fascinated by women for having been in a role which is more repressed and disadvantaged than men, and yet having that smile and grace on their faces.”

The renowned director further stated that women are "smarter than men" in all respects.

Highway (2014) and the web series She (2020), according to Imtiaz Ali, are about "women finding their agency." But Ali went on to argue that no story can have the same idea twice. “Not every story can be about a woman finding the agency. Why am I not allowed to mix stories of different nature or they mean something else? I am here not to actually tell people how to live their lives,” he added.

Ali also discussed Cocktail (2012) and disclosed the source of the movie's plot. The versatile filmmaker claimed that he was intrigued to learn that Indian girls were less eager to stick to traditional mannerisms than the western girls he met in London. Ali wrote a tale about two girls as a result, one of whom was raised in the west and the other in a very traditional Indian household. 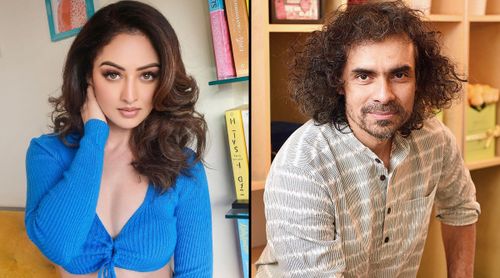 Dr. Arora: Sandeepa Dhar speaks on Imtiaz Ali making a show on sexologists and says, ‘There is a certain amount of credibility that he brings to the table’ Parineeti Chopra will miss out on Ranbir Kapoor starrer Animal due to her commitment to Imtiaz Ali's Amar Singh Chamkila biopic!