✕
✕
Your rating
Note: Click on the rating number you want to give for this movie.
BollywoodMDB
⟩
Bollywood News & Adda
⟩
In a photo by Sunny Kaushal, Vicky Kaushal poses with his father. Take a look

On Monday, Sham Kaushal posted a photo of himself and his actor son Vicky Kaushal to Instagram. The stunt director's younger son, actor Sunny Kaushal, took the photo. Vicky and Sham grinned as they posed before the sun and waves. In the picture, Sham rested his head on his son's chest.

Sham captioned the picture, “Sun on one side, Son on other side & Sunny Son in the front capturing the moment. All three source of my energy. Rab Rakha.”

The post included a heart emoji from actor Vikrant Massey. "This is the cutest moment," a fan of Sham and Vicky commented. Many thanks, Sham sir (heart emojis). "Lovely dad with a handsome son," another person wrote. Another follower wrote, "This lovely photo made our morning lovelier." Many followers also used heart emojis on the post.

Sham has worked in several movies, including Padmaavat, Bajirao, and Dangal. Sham and Veena Kaushal's older son is named Vicky. With Gangs of Wasseypur in 2012, he launched his Bollywood career as an assistant director. Sunny Kaushal, Vicky's younger brother and an actor debuted in the 2018 Hindi film Gold with Akshay Kumar as Spandan Chukya from the online series Official Chukyagiri. 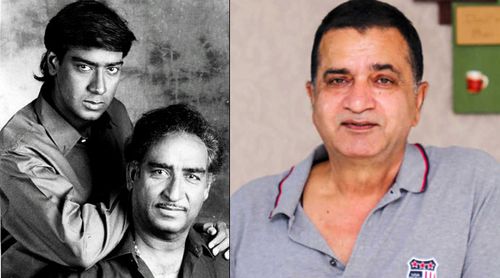