Bharat Jodo Yatra: The Congress party's post was also retweeted by Swara Bhasker, who is renowned for being outspoken about her opinions on current events.

The tweet was, "Today famous actress @ReallySwara became part of #BharatJodoYatra. The presence of every section of the society has made this yatra a success.” The Congress party's statement was also retweeted by Swara Bhasker.

CELEBS WHO JOINED THE YATRA

It resumed its journey on Thursday morning from Ujjain after taking a day off, travelling to Agar Malwa, the last district of its Madhya Pradesh leg. The yatra is expected to travel 380 km in 12 days through the politically significant Malwa-Nimar region of western Madhya Pradesh.Next year, the state under the control of the Bharatiya Janata Party (BJP) will hold its legislative elections.

According to a schedule released by the Congress, the yatra will enter Rajasthan on December 4 from Madhya Pradesh. On November 23, a march led by Rahul Gandhi crossed the border from neighbouring Maharashtra into the Burhanpur district of Madhya Pradesh. It has so far travelled through the MP districts of Burhanpur, Khandwa, Khargone, and Indore.On September 7, the Bharat Jodo Yatra kicked off in Kanyakumari, Tamil Nadu. 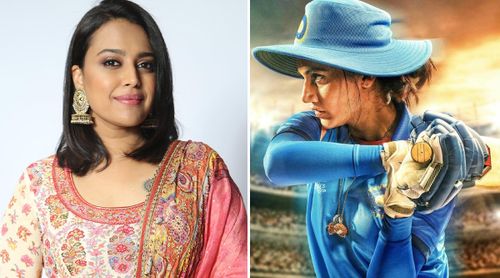