✕
✕
Your rating
Note: Click on the rating number you want to give for this movie.
BollywoodMDB
⟩
Bollywood News & Adda
⟩
Is Rhea Chakraborty DATING after 2 years? Here’s what we know!

Is Rhea Chakraborty DATING after 2 years? Here’s what we know!

Actress Rhea Chakraborty and Bunty Sajdeh are reportedly dating. According to the source, the two are maintaining a low profile.

Rhea Chakraborty is in love, exclusively by Hindustan Times. According to Hindustan Times, a source shared, the actor is currently dating Bunty Sajdeh. The actor has been embroiled in controversy since 2020, following the passing of her beau, actor Sushant Singh Rajput. One of the biggest talent management companies involved in sports and entertainment is owned by Bunty, the brother of reality star and fashion designer Seema Sajdeh. It appears that a few years ago, at his talent agency, the actor was one of the latter's clients. The two appear to have known one other for a considerable amount of time from what we can discern. They only recently began dating, most likely earlier this year.

HERE’S WHAT THE SOURCE SAID

"It's wonderful to see them happy and together. Bunty has been Rhea's support system and shoulder during the last few years, no matter what has happened. When things became messy, he was there for her,” the source told Hindustan Times. When Chakraborty was involved in several trials, Bunty was also invited in for questioning. On October 7, the Chehre (2021) actor was spotted at Bunty's birthday celebration. “They are currently dating and want to keep this news quiet,” the source continues.

Actress Sonakshi Sinha and Bunty apparently dated each other in the past. Both of them resisted requests for interviews despite being approached numerous times.

Rhea has been in and out of the public eye since after Sushant's death. The actress dated Sushant for a while until his untimely passing in June 2020. Sushant's relatives claimed that Rhea was responsible for his murder and that she had been mentally abusing him and used him for financial gain. The Enforcement Directorate and Central Bureau of Investigation questioned the actress. She was detained for a month in 2020 and also questioned by the Narcotics Control Bureau.

Since being released from prison, Rhea has made a few public appearances but has kept a low profile. She appeared alongside Amitabh Bachchan and Emraan Hashmi in the movie Chehre as well, but since then, she hasn't committed to any more projects. 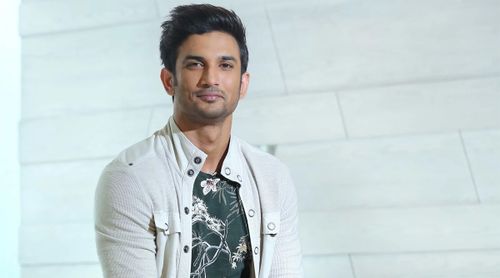