✕
✕
Your rating
Note: Click on the rating number you want to give for this movie.
BollywoodMDB
⟩
Bollywood News & Adda
⟩
‘It’s sad, there's no life actually,’ says Aditya Roy Kapur on his physical transformation for films

Aditya is busy promoting his next Om, which is slated to hit cinemas on 1 July 2022.

Aditya Roy Kapur, who was last seen onscreen in Anurag Basu’s Ludo (2020), is gearing up for the release of his next titled Om: The Battle Within which was recently renamed as Rashtra Kavach Om.

Ever since the trailer of the film was released, fans have been deeply impressed by Aditya and his amazing physique in the movie. While his hot bod may be the talk of the town, Aditya confesses that it is no fun business.

“It's just having no life. Not being able to eat and drink what you like. It's all quite sad. I don't think it's worth it. Early in my career, I used to start fit, and during the course of the film, I would just be gaining weight because I would eat the set food all of that. I used to do yo-yo. I was 102 kilos, went into shape for Fitoor, then again, I went up, again I went down," he said.

"Nevertheless, after Malang, I've fairly managed to keep myself in shape," added Aditya.

While Aditya has the image of a romantic hero, his onscreen persona of a brooding lover finding solace in alcohol just refuses to die down. Tell him that and he admits laughingly that some people really assume that he must be that way in real life too.

"This is because of my onscreen persona... That image is spilling over my personal life too. But it has actually been a couple of years since I appeared drunk onscreen. But yes, whenever I visit a bar, I get served a little more by the bartender. Those roles created an image and there's a hangover. But I take it in a zest,” added the Daawat-e-Ishq (2014) actor.

Aditya is also the paparazzi's favourite. On many occasions, he has been snapped post gym sessions waving out cheerfully at the paps. While there are actors who dress up, especially for paps, Kapoor says he has never done that.

"I do not get dressed up for those occasions. I am just living my life. If you live in Bandra, paps are everywhere. I get paid to dress up on the sets but in real life, I like to dress up as myself," he concluded.

Talking about Rashtra Kavach Om, the film has been directed by Kapil Verma and also features Sanjana Sanghi, Ashutosh Rana, and Prakash Raj. 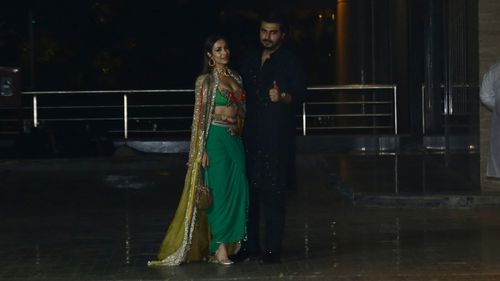 Varun Dhawan's mother, Laali Dhawan, promises to find Aditya Roy Kapoor a wife, saying, ‘I am finding a girl for you’