✕
✕
Your rating
Note: Click on the rating number you want to give for this movie.
BollywoodMDB
⟩
Bollywood News & Adda
⟩
Kareena Kapoor Khan and hubby Saif Ali Khan are having a GOOD time with Fam! Look at the recent Instagram post here!

With their children Taimur and Jeh, actors Kareena Kapoor Khan and Saif Ali Khan are having fun in Gstaad, Switzerland.

They usually spend New Year's Eve in Gstaad, as is their family custom, but the pandemic has prevented them from doing so the past several years. On Instagram, Kareena, who is very active on social media, has posted a number of photos from her family holiday.

She recently shared a selfie in the mirror of her and her son Taimur getting ready for a ski trip. With his helmet and gloves on, Taimur appeared prepared for some skiing. Kareena was spotted with her hair pulled up into a bun and wearing a white jacket. The Laal Singh Chaddha actor captioned the photo, "I'm here for the look." She embellished the caption with loving emoticons. 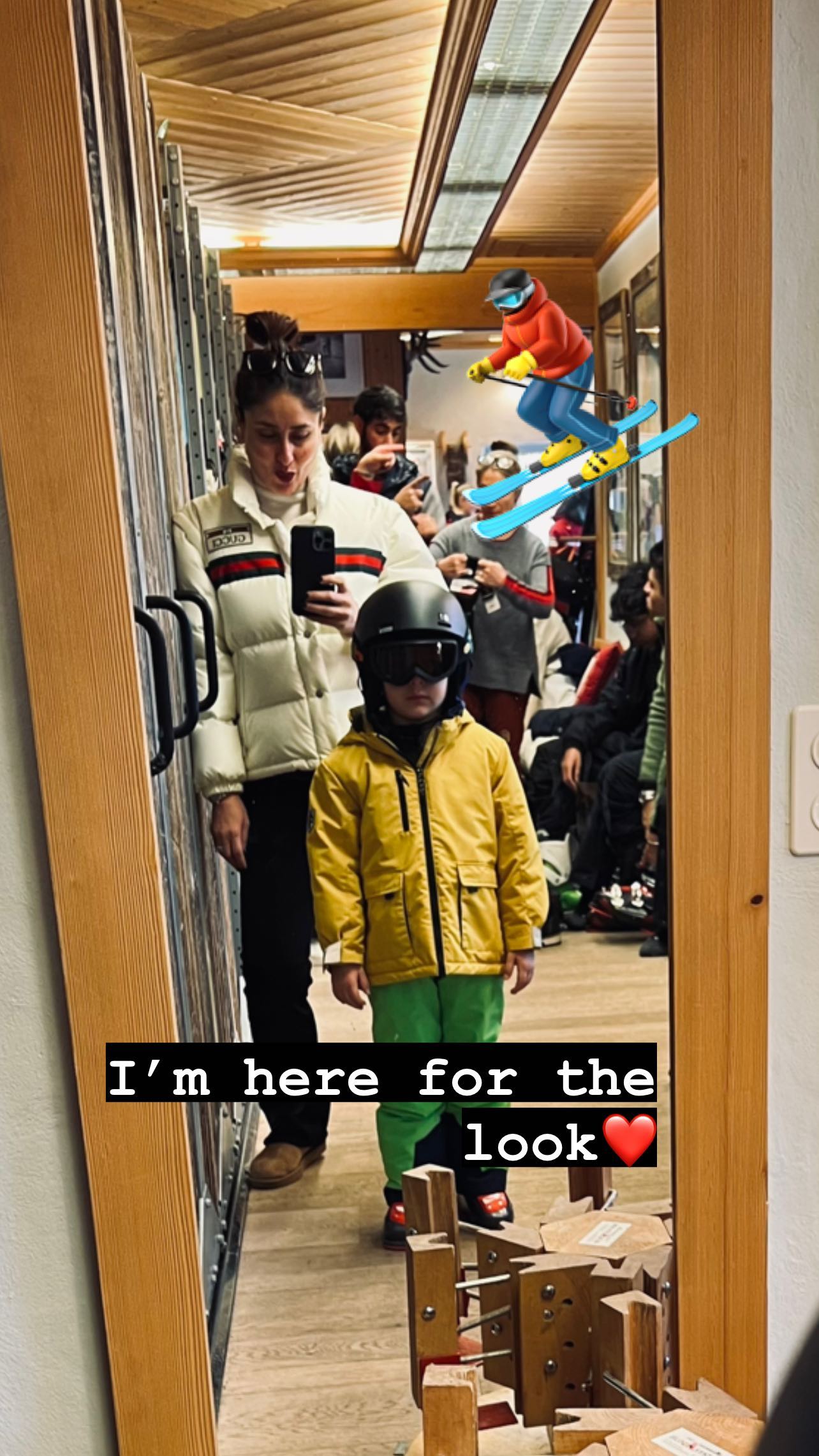 A short while later, Kareena Kapoor also uploaded a photo of her husband, actor Saif Ali Khan, enjoying fondue. In the picture, Saif was posing with his tongue out, savouring the melting cheese. "Fondue ufff," the photo's caption stated. Kareena had previously uploaded a photo of a fireplace from her hotel room in Gstaad with the message "Waited three years for you." Kareena and her family spent Christmas with their friends in the UK before departing for Gstaad, as shown in the actor's Instagram post.

The last time we saw Kareena Kapoor, she was in Aamir Khan's Laal Singh Chaddha, a film that didn't do well at the box office but was positively received when it was made available on Netflix. The Devotion of Suspect X remake starring Sujoy Ghosh will be her next film appearance. The Crew and an untitled film by Hansal Mehta are also among the actor's upcoming projects. Kareena Kapoor Khan’s son Jehangir Ali Khan looks SUPER CUTE when he asks his father to scratch his back; Watch Kareena Kapoor Khan opens up on her K3G character Poo; says she deserves her own movie