✕
✕
Your rating
Note: Click on the rating number you want to give for this movie.
BollywoodMDB
⟩
Bollywood News & Adda
⟩
Koffee With Karan 7: Ishaan Khatter to disclose the truth behind his break up with Ananya Panday

Koffee With Karan 7: Ishaan Khatter to disclose the truth behind his break up with Ananya Panday

After Ananya caused a stir on Koffee With Karan, her rumoured ex Ishaan Khatter is getting ready to sit on the KWK 7 couch. This was confirmed by the actor, who posted pictures from a photo shoot on Instagram. It appears that this is also the actor's appearance from the forthcoming episode on Disney+ Hotstar.

After the Liger actress told Karan Johar up front that she went on a date with Vijay Deverakonda while being in a relationship with Ishaan Khatter, rumours that the actress was cheating on him surfaced.

A source close to the development reported, " Ishaan is all set to make his Koffee debut and he is going to have a lot of fun and of course, going by the shown pattern the young lad will spill some beans on his current relationship status and breakup with Ananya Panday and that will be one of the biggest highlights of the show."

For the unversed, Ananya and Ishaan got romantically involved on the sets of their 2020 film Khaali Peeli. However, the couple called it quits after dating for two years. 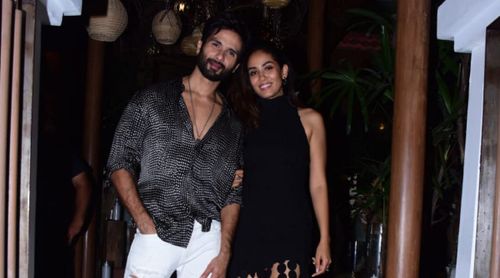 Koffee With Karan episode 10 trailer: Katrina Kaif Suggests Why suhaagraat’ and not suhaagdin? Janhvi Kapoor is still in touch with rumoured ex Ishaan Khatter? The actor speaks up in an interview