✕
✕
Your rating
Note: Click on the rating number you want to give for this movie.
BollywoodMDB
⟩
Bollywood News & Adda
⟩
KRK aka Kamaal R Khan arrested for his controversial tweets from 2020 about Irrfan and Rishi Kapoor

Actor Kamaal R. Khan was detained at the Mumbai airport due to his controversial tweets on Rishi Kapoor and Irrfan in 2020. On August 30, he will be presented to the court.

Kamaal R Khan frequently gets into difficulties because of his tweets and direct jabs at Bollywood. The actor-critic, also known as KRK, was arrested by Malad Police as a result of a controversial tweet he posted in 2020. At the airport, KRK was stopped and questioned before being taken into custody. Rahul Kanal, a member of the Yuva Sena, filed the complaint against Kamaal R Khan at the Malad Police Station. Following his controversial tweets on Irrfan and Rishi Kapoor in 2020, KRK was taken into custody.

Actor Rishi Kapoor was hospitalized on April 30, and Khan announced the news on Twitter, encouraging the actor to stay alive since soon wine shops would be opening. A day before Irrfan Khan died on April 29, he also made derogatory remarks about him.

Rahul Kanal stated, "Kamal R Khan has been arrested today on my complaint. I welcome this move by Mumbai police. He makes derogatory comments on social media and uses foul language. Such kind of behavior is unacceptable in society. By arresting him, Mumbai police have sent out a strong message against such people."

Due to his outspoken criticism of Bollywood, Kamaal R Khan frequently makes headlines. In addition to acting in films in Hindi and Bhojpuri, he has also produced work. He actively participated in Bigg Boss 3 as well. 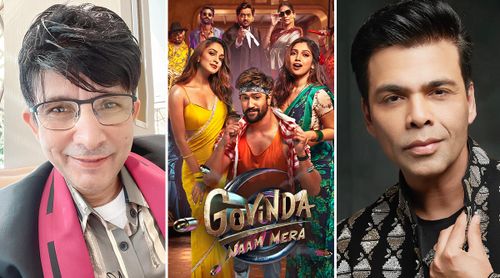