✕
✕
Your rating
Note: Click on the rating number you want to give for this movie.
BollywoodMDB
⟩
Bollywood News & Adda
⟩
Madhya Pradesh Home Minister Narottam Mishra announced a holiday for the policemen. Know why

Vivek Ranjan Agnihotri's The Kashmir Files has been a topic of discussion these days, on one side the film was acclaimed and lauded while some have accused the film of being a work of historical revisionism. A film with such a sensitive topic and powerful storyline impressed the audience as well as the critics with a decent box office collection. Amidst the rave reviews, Madhya Pradesh's Chief Minister Shivraj Singh Chouhan on Monday announced that the policemen in the state will be provided leave to watch the recently-released film The Kashmir Files.

The Chief Minister has also decided to absolve the film from the entertainment tax in the state. Not only that the film has been declared tax-free in various parts of India like Maharashtra, Gujarat, and Haryana. , "The Madhya Pradesh policemen will be given leave to watch the movie The Kashmir File, s and instructions for the same have been issued to Director General of Police Sudhir Saxena", said Home Minister Narottam Mishra.

For the unversed, the film is written and directed by Vivek Agnihotri and produced by Zee Studios. It portrays the events surrounding the exodus as a "genocide" in which thousands of Kashmiri Hindus were said to have been massacred. Apart from the hard-hitting plot, the cast of the film is impeccable with Anupam Kher, Darshan Kumar, Mithun Chakraborty, and Pallavi Joshi among others in pivotal roles. 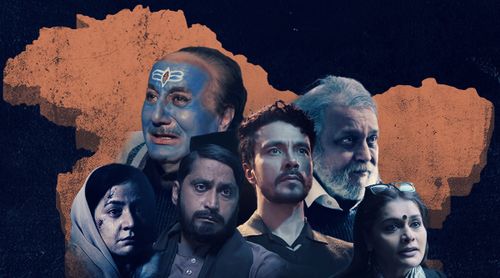