✕
✕
Your rating
Note: Click on the rating number you want to give for this movie.
BollywoodMDB
⟩
Bollywood News & Adda
⟩
Malaika Arora shares her thoughts on Alia Bhatt’s ‘Darlings’; speaks about Shefali Shah and Vijay Varma's performance

Malaika Arora shared the poster of the film on her Instagram and captioned it, "I lovessss. Wat brilliant performances @aliabhatt @shefalishahofficial @itsvijayvarma." The film’s background score is the work of Prashant Pillai, while the soundtrack is written by Vishal Bhardwaj and Mellow D with lyrics by Gulzar and the latter. Before this, in an interview, Alia spoke about how‘ Darlings’ will remain to be so special to her. She shared, "It was a very very unique story and it just naturally happened where I was like when I want to act in it I also want to produce it. So first came Darlings and then came my production Eternal Sunshine. So Darlings will always be very very special to me because of that". 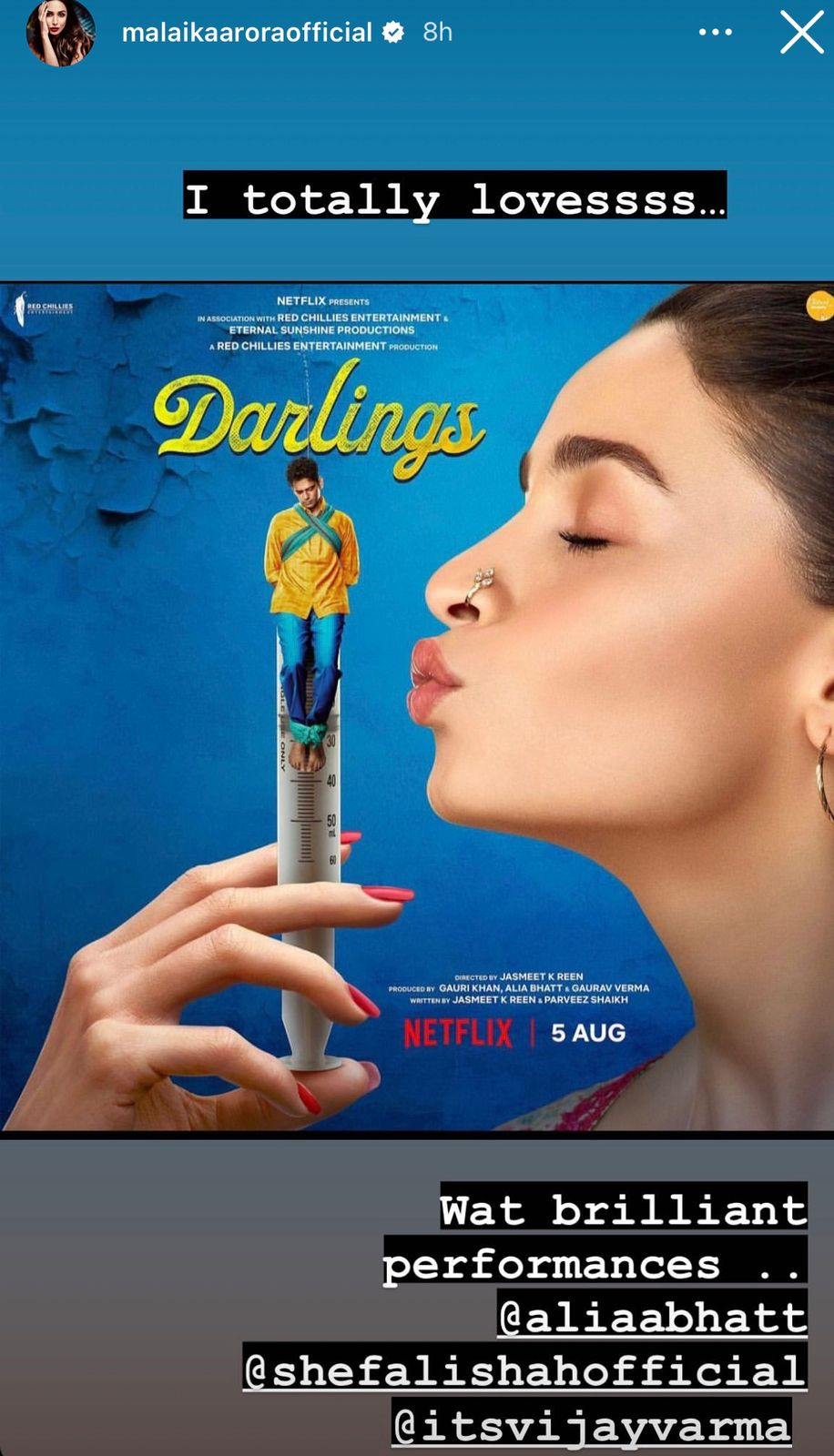 The film is the directorial debut of Jasmeet K. Reen and was released on the 5th of August. The story follows Alia’s character ‘Badru’ who seeks revenge from her husband played by Vijay Varma for the domestic abuse he inflicts upon her. She enlists the help of her mother played by Shefali Shah and Roshan Mathew’s character.