✕
✕
Your rating
Note: Click on the rating number you want to give for this movie.
BollywoodMDB
⟩
Bollywood News & Adda
⟩
Malaika Arora shares how her son reacted to her car accident; talks about his future

Malaika Arora shares how her son reacted to her car accident; talks about his future

Malaika Arora talked about her son Arhaan in an interview, and what he went through after knowing about her accident.

The sizzling beauty Malaika Arora met with a car accident in April while coming back from an event. In a recent interview, she revealed how her son Arhaan Khan was in a ‘shock’ after he came to know about her car accident that led to her hospitalisation for a few days.

She recalled that Arhaan was worried and was crying on the phone. He was about to board a flight and visit her. She recalled how everyone was talking to him but he would not believe anyone.

Malaika said, “He had no clue of the extent of damage that I had suffered. He only wanted to be sure that I was fine. Although he was told everything about my surgery and recovery, he didn’t believe anyone. He thought everyone was merely pacifying him.”

Further, she also spoke about her son Arhaan’s future and mentioned that he is currently studying cinema and needs to explore a lot.

"We’re not here to give it all to him on a platter. We are there to guide him and push him in areas where he needs it. He has a long way to go," she said. 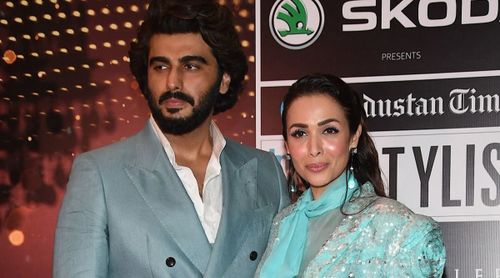