✕
✕
Your rating
Note: Click on the rating number you want to give for this movie.
BollywoodMDB
⟩
Bollywood News & Adda
⟩
Manoj Bajpayee and Laloo Yadav, together on film set. Here’s what took place

As they were filming in Bihar, Manoj Bajpayee and Laloo Yadav met.

Actor Manoj Bajpayee recently had a meeting with former Chief Minister of Bihar Laloo Yadav in Patna to talk about the potential for inviting Bollywood film teams to Bihar for shooting and the potential arrival of the National School of Drama.

Manoj, who had specifically flown to Patna for the meeting with Laloo Yadav, describes the encounter,”“It was a fruitful conversation. It is an entirely different scenario in Bihar now as compared to when we shot for Shool in 1999. Raveena Tandon who was my co-star in Shool, came to Bihar to shoot with me. The crowds were scary. The atmosphere is much more conducive to peaceful work now.”

Manoj said his meeting with Laloo Yadav was productive,”“We had a fairly long discussion . We spoke about the possibility of Bollywood film shootings happening in Bihar. There are so many naturally beautiful spots in Bihar. We also discussed the possibility of constructing a film studio in Bihar.”

Manoj, received a one-minute role in the criminal drama Drohkaal (1994), directed by Govind Nihalani, then played a dacoit in the well-liked biographical film Bandit Queen (1994). After that, he failed to land significant roles and performed a number of little-noticed roles.

The actor will soon be seen in his long-awaited film Raakh, where he will co-star with John Abraham, a well-known action star in Bollywood. Produced by Nikhil Advani, it is directed by Milap Zaveri. Previous collaborations with John, Manoj, Milap, and Nikhil included the 2018 vigilante action movie Satyameva Jayate. 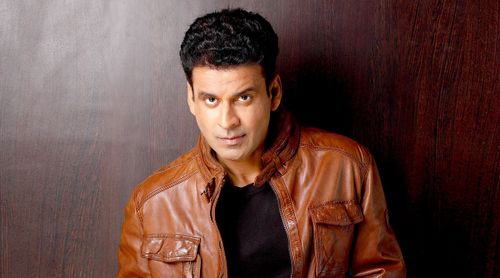