✕
✕
Your rating
Note: Click on the rating number you want to give for this movie.
BollywoodMDB
⟩
Bollywood News & Adda
⟩
Mother of late Major Sandeep Unnikrishnan's is all praises for Saiee Manjrekar

Major follows the life of Major Sandeep Unnikrishnan, an army officer who was killed in the 2008 Mumbai attacks.

The mother of Major Sandeep Unnikrishnan has praised actress Saiee Manjrekar for her performance in Major, which is a biopic based on the life of her martyred son.

Applauding Saiee for her stupendous performance in the film, Dhanalakshmi Unnikrishnan said, "It was a character about which we were all very concerned, and Saiee handled it very well. After the first screening, I was blown away by how well everything was depicted, and wow, the mix of emotion and love."

Coming to Major, the biographical film released on 03 June 2022. It is directed by Sashi Kiran Tikka and produced by Sony Pictures International Productions, G. Mahesh Babu Entertainment, and A+S Movies.

Filmed simultaneously in Telugu and Hindi languages and dubbed in Malayalam, the film follows the life of Major Sandeep Unnikrishnan, an army officer who was killed in the 2008 Mumbai attacks. 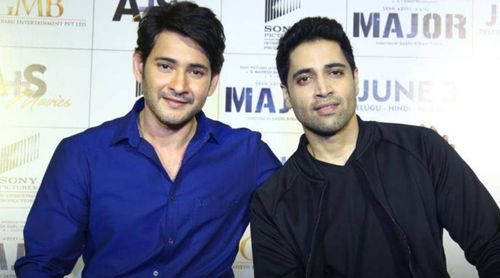