Nawazuddin Siddiqui will star as the protagonist in Laxman Lopez, a Christmas film directed by Roberto Girault.

Nawazuddin Siddiqui, who attended the Cannes Film Festival red carpet on Tuesday, will star in Laxman Lopez, an American indie film. Roberto Girault will helm the Christmas-themed film, which is set to start rolling in the United States by the end of the year.

Nawazuddin explained why he immediately said yes to the project since the story piqued his interest for a variety of reasons. He said, "For starters, the opportunity to work in a Christmas movie is something very different and immediately had my attention. The director, Roberto Girault, has shown his power and command over the camera, and the way he can unveil new sides to an actor. It is a welcome challenge that I often yearn for. And most importantly, the name, Laxman Lopez, had me instantly curious."

Speaking about the collaboration, filmmaker Girault said, "I am very excited about this collaboration. This script is close to my heart and the transition of the story and the challenges that the lead character faces are sure to have everyone intrigued."

More casting information will be released closer to the start of production. Lalit Bhatnagar, writer and co-producer of the horror film Little Darling is backing the project.

Nawazuddin was seen on the red carpet on Tuesday as part of the star-studded Indian delegation led by Information and Broadcasting Minister Anurag Thakur. At the 75th Cannes Film Festival's opening ceremony, he was joined by actors R Madhavan and Kamal Haasan, producer Shekhar Kapur, music composer AR Rahman, and others. Cannes 2022: Aishwarya Rai Bachchan looks glamorous as she walks the red carpet in a pink gown 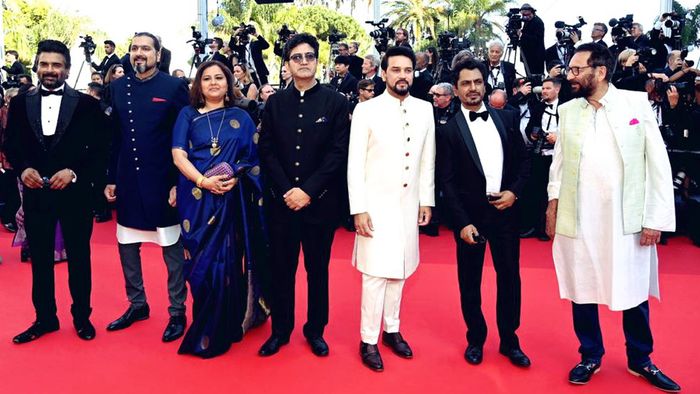