✕
✕
Your rating
Note: Click on the rating number you want to give for this movie.
BollywoodMDB
⟩
Bollywood News & Adda
⟩
Palak Tiwari is dating THIS debutant actor and it’s not Ibrahim Ali Khan!

Ibrahim Ali Khan and Palak Tiwari were some time ago seen together as they left a restaurant in Bandra, sparking rumours that they were dating.

Palak Tiwari, the daughter of television actress Shweta Tiwari, frequently makes waves online for one reason or the other. She created loads of buzz when she was photographed with Saif Ali Khan's son Ibrahim Ali Khan Pataudi. Later, she stated that they are only friends and refuted any dating rumours about them.

According to recent reports, Vedang Raina, who will star in Zoya Akhtar's upcoming film The Archies, is the person Palak is dating right now. An insider revealed, "Palak Tiwari and Vedang Raina are a part of the same talent agency. A source close to Vedang revealed that they have been seeing each other for more than two years now! Their growing intimacy and PDA at private parties is creating a lot of buzz in the B-Town but somehow, they have managed to keep their relationship under wraps."

The source further added that Palak's mother Shweta approves of her relationship with Raina and is impressed by her decisions.

On the work front, Palak Tiwari ignited the screens when she appeared in the hit song Bijlee Bijlee by Harrdy Sandhu. She will shortly make her Bollywood debut in the upcoming film Rosie: The Saffron Chapter. Reportedly, she is also set to star in Salman Khan's Kabhi Eid Kabhi Diwali.

On the contrary, Vedang Raina will make his Bollywood debut in Zoya Akhtar's upcoming film The Archies. 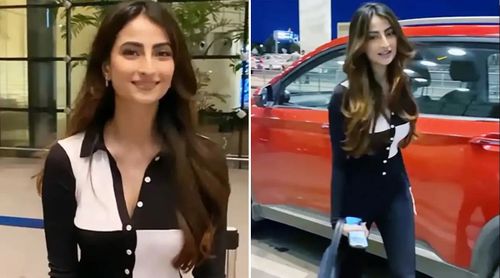