✕
✕
Your rating
Note: Click on the rating number you want to give for this movie.
BollywoodMDB
⟩
Bollywood News & Adda
⟩
Prakash Raj defended Deepika Padukone over her ‘bhagwa bikini,’ and this is what he said

Prakash Raj defended Deepika Padukone over her ‘bhagwa bikini,’ and this is what he said

Pathaan: In the song Besharam Rang, Prakash Raj defends Deepika Padukone and calls out people who fuss over her saffron swimsuit.

How is Pathaan creating headlines?

On January 25, 2023, admirers of Deepika Padukone and Shah Rukh Khan cannot wait. But there is already a lot of debate surrounding the movie. Outrage over Deepika Padukone's Bhagwa or Saffron Bikini has been among the most unexpected and shocking. Several individuals have undoubtedly viewed Besharam Rang. She appears in the final scene wearing a tangerine bikini and sarong. Radicals have complained that it is offensive because saffron, or Bhagwa, is the color of Hinduism and is used in a seductive song. As a result of the escalating situation, several ministers are requesting a ban.

Prakash Raj, however, has spoken out in favor of Deepika Padukone.

The radicalization of entertainers has drawn criticism from a Kannada actor, who called the outcry despicable. He is receiving abuse for it, but he responded by claiming that those who discovered the bikini in Bhagwa were colorblind. Burnt orange is the official color of Deepika Padukone's skin.

Disgusting … How long should we tolerate these ..Colour Blind #AndhBhakts .. #justasking https://t.co/SSgxKpvcE9

Some highly seductive songs, such Gale Lag Ja starring Akshay Kumar and Katrina Kaif and Dhak Dhak Karne Laga from Beta, have already used orange (1992). Back then, there weren't any issues or demonstrations pertaining to the same. The exotic European locations were used to film the action film Pathaan. The right-wing is well aware that Shah Rukh Khan and Deepika Padukone are under their radar. Particularly when she encountered JNU students during the CAA demonstrations, the actress. Shah Rukh Khan also encountered a tonne of trolls in 2021.

Only occasionally will the celebrities promote Pathaan. Salman Khan makes a cameo appearance in the movie. John Abraham plays the film's main antagonist. 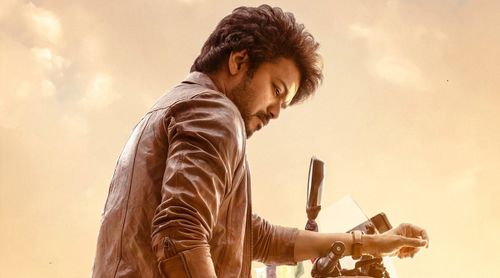 Varisu: Thalapathy Vijay returns with his style & charisma in the TRAILER of his upcoming family entertainer! 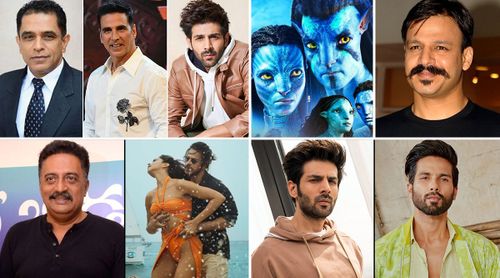