The social comedy couldn't materialise between the duo owing to creative differences.

When the news of Salman Khan and Sajid Nadiadwala reuniting for Kabhi Eid Kabhi Diwali broke out, fans were super thrilled. However, in a matter of a few days, things took such a drastic turn that Sajid Nadiadwala bowed out of the project, which has now been taken up by Salman Khan Films.

The social comedy couldn't materialise between the duo owing to creative differences.

“Following the failure of commercial films like Baaghi 3, Tadap, and more importantly Bachchhan Paandey, Sajid Nadiadwala felt that there was a need to rethink the prospects of Kabhi Eid Kabhi Diwali. He wanted to rework the budget, and script and even rethink the entire setup of the film, including the casting of key characters. Salman on the other hand believed in the script and wanted to take it to the floors as soon as possible. He felt there was no connection between the failure of Sajid’s recent films and Kabhi Eid Kabhi Diwali. Salman had kept his date diaries open for this venture,” revealed a source to a leading entertainment portal.

“Salman felt that Sajid had developed cold feet and was not putting enough faith in the project and his stardom whereas Sajid felt that Salman was taking things too lightly and they could reunite on a better subject later. There were also some concerns with regard to the project viability and the revenue model. After a prolonged discussion, Sajid decided to take a step back from the project and let Salman take control,” the source further revealed.

Nevertheless, post Sajid Nadiadwala's hasty exit from the film, Salman got him to transfer the title and even acquired the script. He is now producing the film under the banner of Salman Khan Films (SKF). Reportedly, Salman has also asked his team to start pre-production for Kabhi Eid Kabhi Diwali in the outskirts of Mumbai.

Kabhi Eid Kabhi Diwali is all set to go on floor in May with a start to finish schedule. It will release on December 30, on Salman Khan's birthday weekend. 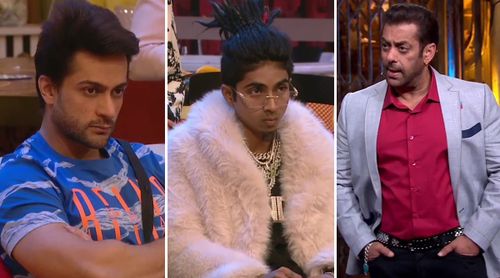