✕
✕
Your rating
Note: Click on the rating number you want to give for this movie.
BollywoodMDB
⟩
Bollywood News & Adda
⟩
Saif Ali khan and Taimur, a father-son duo, get spotted at the Mumbai airport returning from the Maldives

Saif Ali khan and Taimur, a father-son duo, get spotted at the Mumbai airport returning from the Maldives

Saif Ali Khan and Taimur get spotted at the airport while Kareena is busy shooting for her next project.

Saif Ali Khan and Taimur returned from their Maldives vacation. These duos have enjoyed their holiday, but wifey Kareena Kapoor was busy shooting for her next project in London. It is Hansal Mehta’s film. For the first time, Kareena and Hansal Mehata collaborated on the film. Kareena's younger son Jeh was joining her in the shoot. These father-son duos get spotted at the airport on Monday.

The video of the father-son duo went viral on social media. In the video, Saif Ali Khan was seen in a light-shade blue colored shirt matching denim. He held the son Taimur's hand and walked to the airport gate. At the same time, Taimur was seen in a light green shirt paired with denim, black shades, and having black colored bag. Saif waved his hand to the Paparazzi when they clicked and took Taimur walking towards the car.

The viral video comment box is filled with various comments on Taimur Ali Khan. One of the viewers said he is such a quiet child. Some of them have left a variety of emoji reactions. Earlier in this video, Various photos were on instagram of the Maldives vacation of this father-son duo. Some pictures have this father and son chilling in their room, cooking pizza for themselves, and enjoying the ocean view.

They have shared glimpses of their holidays, from their swimming session to reading and cycling. In one picture, Taimur tried using a guitar by sitting in his room, where Saif's beach pose pic was also going viral on the internet. He had beach shorts and a matching shirt, and a beach view enhanced the beauty. A video went viral on the internet, where Taimur was pulling Saif's pants, and father Saif said, stop pulling pants, Taimur while walking in the airport. 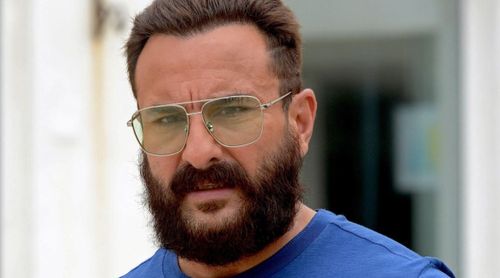 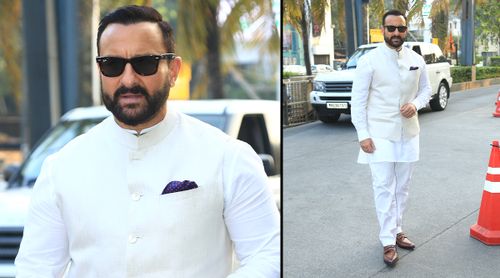