✕
✕
Your rating
Note: Click on the rating number you want to give for this movie.
BollywoodMDB
⟩
Bollywood News & Adda
⟩
Saira Banu gets emotional as she receives Bharat Ratna Dr. Ambedkar Award for her ‘Kohinoor’ Dilip Kumar

The legendary artists of Bollywood Saira Banu and Dilip Kumar tied the knot in 1966 and they were together for 55 years.

The tragic demise of veteran actor Dilip Kumar was a big loss to the Indian Cinema. But it especially left a huge void in his wife and veteran actor Saira Banu’s life and she has been maintaining a low-profile life since his death. After a prolonged illness, Dilip Kumar passed away on July 7, 2021, at the age of 98. Even though the former actress is avoiding public appearances, on Tuesday she made sure to attend an event where she accepted the Bharat Ratna Dr Ambedkar Award for her late husband.

The actress broke down after receiving the award as she remembered her husband. The video of Saira Banu has been captured by the paparazzi and it’s all over social media.

Remembering him she said, “It should happen because Dilip Sahab has been the ‘Kohinoor’ for Hindustan. So ‘Kohinoor’ should definitely receive a Bharat Ratna.”

She repeated, “He’s still here. He is not in my memories, I believe it’s the truth that he is here with me at every step because this is how I will be able to live my life. I will never think that he’s not here. Wo mere paas hain, hamesha mera sahara banke rahenge—mera Kohinoor (He is with me, will always be here as my pillar of support- my Kohinoor).”

Saira Banu's closest friends Mumtaz, Shatrughan Sinha & Dharmendra said that she has completely gone into a shell after Kumar’s demise. 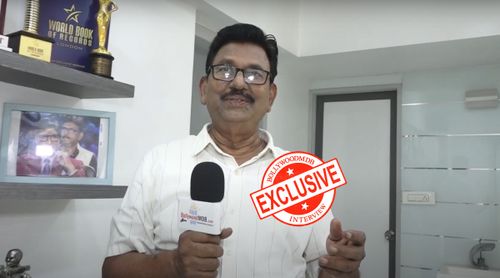 Dilip Kumar First Death Anniversary: Saira Banu remembers her late husband says, ‘It has been the most difficult year of my life’