In Hyderabad, Salman Khan is filming scenes for his upcoming film, Kabhi Eid Kabhi Diwali. During his visit, he had a meeting with the megastar Chiranjeevi.

While in Hyderabad shooting for his upcoming film Kabhi Eid Kabhi Diwali, Salman Khan is paying a visit to each of his close friends. The Tiger 3 actor met Tollywood stars Chiranjeevi and Venkatesh at a private event.

Salman, Chiranjeevi, and Venkatesh were invited to a private party when they were all seen together at the residence of their close buddy JC Pawan Reddy. They are all seen having a great time with JC Pawan Reddy in a photo that has been making the rounds on social media.

#SalmanKhan (@BeingSalmanKhan) is visiting all of his close friends while he is in Hyderabad filming for his upcoming movie '#KabhiEidKabhiDiwali'. At another private gathering, Salman ran into Tollywood superstars #Chiranjeevi (@KChiruTweets) and #Venkatesh (@VenkyMama). pic.twitter.com/JJouaQsdNF

Khan had previously been spotted in Hyderabad with Tamil star Kamal Haasan. The two were there to celebrate the box office success of Haasan's most recent film, Vikram (2022), at a dinner hosted by Telugu star Chiranjeevi at his residence in Hyderabad. The Lokesh Kanagaraj-directed action-drama has over ₹350 crore in international box office receipts and is rapidly approaching the ₹400-crore mark.

Meanwhile, on the work front, Salman Khan will be next seen in Tiger 3 alongside Katrina Kaif and Emraan Hashmi. Bollywood superstar Shah Rukh Khan will reportedly make a cameo in the film, directed by Maneesh Sharma. It is set to release in 2023. 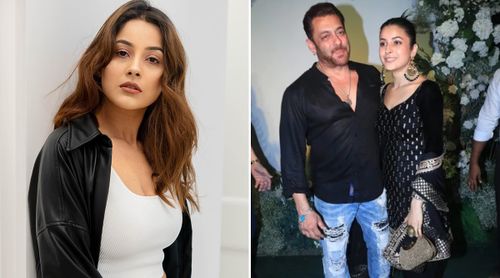