✕
✕
Your rating
Note: Click on the rating number you want to give for this movie.
BollywoodMDB
⟩
Bollywood News & Adda
⟩
See More Information Here on how Ali Fazal and Fatima Sana Shaikh will be involved in Anurag Basu's movie!

Ali Fazal and Fatima Sana Shaikh to play a Delhi-based couple in the film.

The film will have a fresh storyline and pairing, which will be a delight to watch in the present day. Recently Sara Ali Khan shared a picture from posing with Aditya, Pritam, Bhushan Kumar, and Anurag Basu. Sara has captioned, "Super excited and grateful to be part of #MetroInDino. Shoot begins soon!!!" Aditya Roy Kapoor and Sara Ali Khan will begin shooting this month. Ali Fazal and Fatima Shaikh will face the camera next year.

Ali Fazal and Fatima Sana Shaikh's roles in the film:-

The two play a modern-day couple role in the film, a Delhi-based couple whose shooting segment will take place in the capital. One source from the creative team has disclosed that Ali Fazal liked the film's story in the first narration. The actor wished to work with Anurag Basu for a long time; the director has also roped Fatima Sana Shaikh in the film.

The filmmaker also disclosed his desire for the film: "It was during the first lockdown in 2020 that he finally got the idea for another anthology. The story will have four segments, each going on to be linked with one another in the end. Anurag had done a remarkable job of interweaving four different stories in Ludo. Metro… Dino will have a similar flavor but will be treated in a different style." 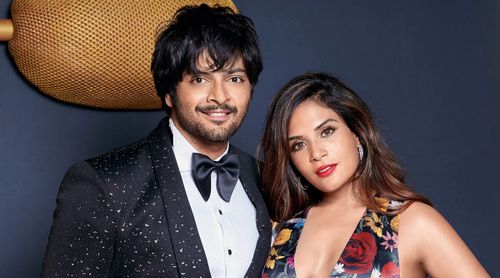