✕
✕
Your rating
Note: Click on the rating number you want to give for this movie.
BollywoodMDB
⟩
Bollywood News & Adda
⟩
Shakti Kapoor shares an interesting insight about Satte Pe Satta's 40th Anniversary & it's about Amitabh Bachchan

As Satte Pe Satta celebrates its 40th anniversary, Shakti Kapoor recalls his time on the set.

Shakti Kapoor, one of Bollywood's most iconic villains, reminisced about his time working on the Amitabh Bachchan-starrer Satte Pe Satta (1982).

As the film approaches its 40th anniversary, Shakti Kapoor reflects on why he can't stop watching Satte Pe Satta and what makes the movie so memorable. He also recalled how megastar Amitabh Bachchan brought the entire cast to supper following the film's completion.

He reflected on the filming experience, saying, "It was a film shot like a family and watched by the audience like a family which was honestly a great feeling. We shot the movie in Kashmir and there are so many memories that if I start to talk about it, I won't stop soon."

He further added, "I can watch Satte pe Satta 200 times and I watch it whenever I am sad. I watch it when I want to remember my younger days. The relationship that we shared as brothers in the film has never been seen on screen ever. It wasn't a comedy film but the laughter came in due to the genuineness of the film, the performances, a good script and a team that was passionate to make this film."

He also recalled Amitabh Bachchan inviting him and the rest of the cast for dinner at his home. "Our shoot days were full of fun. When the movie got completed, we used to miss each other so much that one day Mr Bachchan specially invited all of us for dinner to his house. That evening was so much fun that we started at 8:30 PM and wrapped it up by 7 AM in the morning. It was such a fun dinner and an unforgettable experience as well," said the veteran actor. 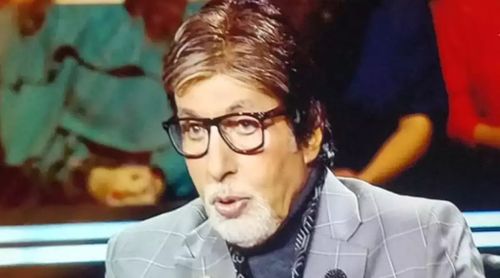