✕
✕
Your rating
Note: Click on the rating number you want to give for this movie.
BollywoodMDB
⟩
Bollywood News & Adda
⟩
Shilpa Shetty acts like Suniel Shetty from Dhadkan, Badshah calls her a creep. Have a look!

Shilpa Shetty acts like Suniel Shetty from Dhadkan, Badshah calls her a creep. Have a look!

In an Instagram reel with Badshah, Shilpa Shetty enacts the famous Dhadkan scene of Suniel Shetty, leaving everyone in shock.

Shilpa Shetty, the actress, took to Instagram Reel on Thursday in which she recreates a scenario from her 2000 film Dhadkan. Shilpa enacts Suniel Shetty's dialogue from the movie in the video, while rap star Badshah adds a humorous twist to the scene. Shilpa and Badshah are presently judges on Season 9 of Sony TV's television show India's Got Talent.

Baazigar’s actress Shilpa Shetty shares the reel on Instagram and captions it saying, “ Anjali tab bhi chali gayi thi, Anjali ab bhi chali gayi. ” These are lines which she enacts that are written for Suniel Shetty, “ Anjali main tumhe bhool jaoon yeh ho nahi sakta.. aur tum mujhe bhool jao yeh main hone nahi doonga” to which Badshah replies: “Such a creep you are.” Have a look at the reel below:

Dhadkan, a romantic drama, was released in the year 2000. Shilpa did play the female lead in the film, with Suniel Shetty having played her beloved and Akshay Kumar playing her husband. The film was loosely based on the well-known novel Wuthering Heights. Suniel was named Best Performer at the 48th Filmfare Awards for his performance. 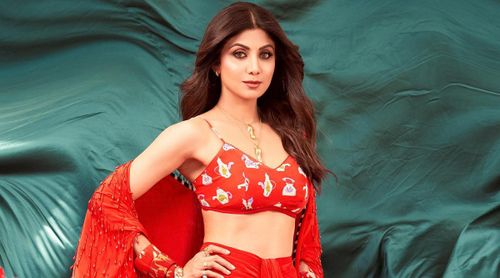